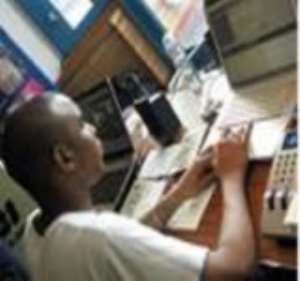 The acts these young guys engage in may not be explicitly described as criminal nonetheless they constitute deviant behaviour. Deviant behaviour can be explained to mean any behaviour that is out of sync with what is culturally and socially acceptable in any given society.

In the field of deviance and criminology (criminology can simply be defined as the study of crime and criminal behaviour and their origins) there are a host of theories that enhance the understanding of deviant and criminal behaviour. I believe an application of some of these theories to the incidence of the youth's involvement in the occult would offer plausible explanations as to why they do so. I am particularly referring to the “Sakawa” Phenomenon. Though previously used in reference to internet or cyber fraud, “Sakawa” has assumed another meaning. Now, it also refers to occult acts people engage in, such as sleeping in coffins and signing “pacts” with spirits for money, commonly called “blood money”.

Now, I proceed to explain this phenomenon using a number of sociological theories namely, The Strain Theory by Robert Merton, The Differential Association Theory by Edwin Sutherland and Cloward and Ohlin's Opportunity Theory.

There are however those who may not accept the ideals or goals cherished by society. That notwithstanding they will still subscribe to the means approved but as mere formalism and not with the hope of attaining any dream or goal. This mode of adaptation is what is referred to as ritualism. This can be seen as the group of the “also runs”.

There are also others who accept neither the goals nor the approved means. They reject both. They disregard society's expectations of them and just “float” around. This mode of adaptation is known as retreatism. Drug addicts and alcoholics are examples of such people.

The situation or condition whereby people clearly reject society's ideals and goals as well as the means for their attainment and come up with a totally new set of goals and means is known as rebellion. They ignore society's set standards and set up their own. They develop their own goals and create their own rules.

The final mode of adaptation (based on my “presentation”) according to the strain theory is innovation. It implies an acceptance of society's goals but not the means. Thus by this mode people determine their own means of achieving what society idealises and adores.

This is the mode the “Sakawa” boys have adopted. They have “innovated” their own means of achieving what they consider to be our society's goals.

What is the goal or cherished dream in the Ghanaian society?

Do we have anything that can be considered as the “Ghanaian dream”, just like there is the American dream, that shapes our thinking and our pursuits?

I believe many have realized that rather unconsciously a “Ghanaian dream” has been developed. It is a dream that can be simply described as being about wealth and fame. We idolize things such as big mansions and plush rides. We idealise fame and “claiming one's name”. What do our adverts say-“Go, be famous”; “Be a Star” etc. In movies and other programmes aired or broadcasted by the media what pictures are painted? What faces adorn our publications and on what do we lay emphasis? One thing that is worthy of note is that an idea or ideal does not have to be explicitly stated before it catches on with people. Some of these ideals are espoused in ways that can best be described as subliminal. The ideals of material prosperity and popular success are not peculiar to our society alone. They are general and universal. It is these same ideals that push a great number of students and young people into acts such as “sakawa”.

On their campuses and in their vicinities they want to be adored and talked about, some want to earn the respect of society and others want to be feared and dreaded. So they adopt the means that would “quickly and easily” deliver what they desire.

The Differential Association Theory also sheds some light on why some people end up doing “sakawa”.

The theory puts it that criminal or deviant behaviour is learnt through association with criminals and deviants. The simple explanation then is that some young guys engage in “sakawa” because some friend or close ally is into it. Thus, as they “roll” together the “sharpening of iron by iron” takes place. They get awed by the “glitz and glamour” their friends present and end up being “wooed” into practising “Sakawa”. In fact that is one of the very popular ways by which most young people get into the “blood money” rituals.

The opportunity theory simply posits that people would engage in criminal or deviant activity because the opportunity to do so exists. Isn't it common knowledge that occult practices are prevalent in our society? Beyond politics and football, the “traditional people” are known to do a lot of “consultations”, so do some security personnel. Thanks to the media occultists have gained popularity. For Azumbi to have gone on air to advertise his “trade” gives the indication that there is a certain degree of tolerance in for such things in our society. The opportunities for people to engage in “Sakawa” exist, and these young guys are “only” taking advantage of them.

Our “worry” now, that has caused “Sakawa” to get the media coverage it is getting is the fear regarding the “new horizons” the youth are “exploring” and the associated effects-dying young, severe maladies including cases of insanity and alleged cases of people turning into animals such as vultures.

How do we address this issue?
The truth is that most of the young people are ignorant and oblivious of the full consequences and implications of “Sakawa”. There is therefore the need to inform them about the dangers and consequences. Simply, they ought to be told why “Sakawa” is not good.

There is also the need for a national orientation on what the goals and ideals of the Ghanaian society are. The government and other stakeholders of our society - the churches and other religious institutions, schools and NGOs need to play a role in this. As a people we must watch how we project the goals and ideals of our society. We shouldn't merely “project” those who are wealthy and famous as icons of our society. It is necessary, in fact imperative that we also highlight and emphasise the means that are approved for the attainment of fame and wealth.

I think TV3's “M'Asem”, “Todays Woman” and “Change Managers” and TV Africa's “Obaa Mbo” are examples of programmes that have done excellently in this regard.

The high incidence of marital conflicts, divorce and single parenting are all contributory factors. When families break down proper socializing of the child is seriously affected. Thus it becomes difficult for young people to imbibe the right ideals, values and virtues.

A research conducted by Dr. Busia in the late 60s or early or mid 70s showed that the breaking down of families was the major cause of juvenile delinquency. I doubt if a similar research has been conducted in relation to “sakawa”, but I don't think the results would be any different if one is done. To curb this “menace” marital stability and proper socialization in our homes is very necessary. The youth need to be rescued.