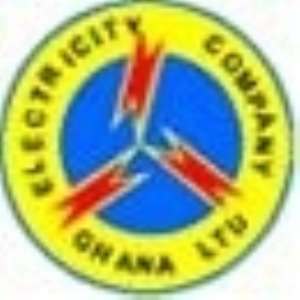 The Electricity Company of Ghana (ECG) has estimated the total cost of short term improvement projects it intends to undertake to the tune of over GH?6 million.

The projects are to be undertaken in six regions-Greater Accra, Ashanti, Western, Volta, Central and Eastern- are the regions under consideration.

The projects will involve the creation of new feeders from main substations to link other areas to create "flexibility and redundancies in the supply arrangements to customers…" Weak networks will also be replaced or upgraded. These were contained in a press release by the Managing Director of ECG, Mr. Jude Osafo Adu-Amankwa.

The immediate interventionist measures have been necessitated by the increasing demand for electricity in the country for both industrial and domestic use, as against a relative lack of improvement in distribution networks over the years.

It is hoped that when the projects are completed, power supply to the affected areas would return to normal. Indeed, the company has outlined other measures for the medium and the long-term which are all aimed at ensuring sustainable power supply to the whole country.

Meanwhile, figures from the ECG show that the company's energy growth rate over the past 20 years has been between 7% to 8% annually. This means that the company has to double its capacity every 10 years to bring adequate and reliable power supply to its customers.

"The reality is that ECG has not been able to expand capacity to meet the growing demand. This inability has been as a result of lack of funds to invest in the expansion of its infrastructure. This has led to a situation in which most of the network is overloaded", says Mr. Adu Amankwa.

The lack of funds, according to the ECG, is "traced wholly to the inadequacy of tariff that our customers have paid for the service rendered and the inability of the owner of the utility to invest adequately in the infrastructure."

It is rightly the case that a good number of Ghanaians enjoy electricity without paying for it. Such people engineer very cunning ways to tap the resource whilst avoiding the detection of the company. In the case of those who pay, the energy company believes they are not paying realistic tariffs.

But there is the politics of it; governments would not want to see Ghanaians complaining of high tariffs because that could have a telling on their electoral fortunes. Alternatively, government has not been able to inject the needed capital to ensure the company keeps pace with ever increase demand for the resource.

In the situation, the ECG says it has only managed to operate and maintain the existing network and "it is largely due to the ingenuity and innovativeness of its engineers and technicians that we continue to coax some life out of the obsolete equipment."

The electricity supply situation in the country has, for the last couple of months, been very erratic. Under the power supply arrangement in Ghana, ECG gets its power supply from Volta River Authority (VRA) and Ghana Grid Company (GRIDCo) and any shortfall in generation from VRA and GRIDCo brings about a power outage on ECG?s system. "The lack of spinning reserve in the generation chain, weak transmission system which is further exacerbated by the lack of redundancy in the transmission grid has compromised the electricity supply situation in recent times."

The intermittent power interruptions, as explained by ECG, are also because GRIDCo has installed Automatic Frequency Load Shedding devices in the system which automatically interrupts power "whenever there is decay in frequency…"