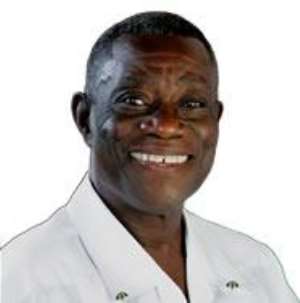 President John Evans Atta Mills THE MINORITY in Parliament has taken exception to President Mill's recent statement in London that the New Patriotic Party (NPP) has mismanaged and looted the economy.

Addressing a press conference in Accra yesterday, the Minority Leader, Osei Kyei-Mensah-Bonsu, described the statement as unfortunate, stressing that President Mills, who claimed to be 'Asomdwehene', had descended into the arena of conflict at a time some members of the National Democratic Congress (NDC) were making a U-turn and apologising for their unsavory remarks about the state of the economy.

Quoting from the Bible, Hon. Kyei-Mensah-Bonsu said “by their fruits ye shall know them”, stating further that as Vice President, manager of the economy and Chairman of the Economic Management Team, President Mills failed woefully to salvage an ailing economy.

The Minority Leader as well stressed that because the NDC had nothing good to offer, they were lowering the expectation of Ghanaians so that they could come back next year to say that they had met their target and sustained the economic growth at 7.3 percent.

Buttressing his point, Hon. Kyei- Mensah-Bonsu recalled that “by end of 2007, inflation had declined and stood at 12.7 per cent. This compares with headline inflation of 40.1 percent when Prof. Mills headed the Economic Management Team in 2000. The stability in prices was also matched by stability in the exchange rate. In 2000 when the learned Professor in Tax Law managed the economy, the Cedi depreciated by over 50 percent. By 2005, it only depreciated by 0.9 percent; 1.1 percent in 2006 and 4.8 percent in 2007. Where is the truth in the statement by the President that the NPP has mismanaged the economy?”

He disclosed that some activists of the ruling party had in recent times made various statements to the effect that the NPP Government “mismanaged the economy”, “caused the disappearance of gold reserves”, “stole all gold reserves”, and “not attended to the weak fundamentals of the economy but gone ahead to re-denominate the Cedi”.

“Compounding such uninformed statement, President Mills during his recent visit to the UK went ahead to conjure some figures to support his claim that NPP had looted and mismanaged the economy.”

This statement by President Mills, the Minority Leader said, was untrue, and that in 2008, the budget deficit was 15 percent of GDP.

Explaining, he said the real deficit was 11.5 percent of GDP, adding, “Clearly, the learned Professor got it wrong.”

He reminded the government that what Ghanaians expected from the ruling NDC was to pick from where the NPP had left off and move the economy forward.

“The NDC first attempted showing Ghanaians they were up to the task, failed miserably when the Budget Statement for 2009 was presented on March 5th to the extent that no less a person than the recently-appointed Chairman of the newly-created Economic Advisory Council (EAC), Dr. Gobind Nankani, described it as 'timid' budget.

“We recall that in 1999/2000 when oil prices rose to $36 per barrel, the GDP growth rate under the NDC government, whose Economic Management Team, was chaired by then Vice President Mills, was 3.7 percent. In 2008, with oil prices rising to as high as 147 per barrel, we were able to achieve a growth of 7.3 percent.

“Against this background, how can the NDC Government and President Mills talk about 'economic mismanagement?' Indeed, if by this they mean that per capita income (that is putting money in the pockets of Ghanaians) has risen from $300 in 2000 to $570 in 2006 to $712 in 2008, then we would gladly with pizzazz and romantic glee, plead guilty as charged,” he elucidated.

However, he said in 2000, the economy could not withstand the relatively small shock under NDC economic management; leading to the collapse of the external accounts with a negative Net International Reserves.

Continuing, the Minority Leader said the macroeconomic situation was compromised and this resulted in an unsustainable external debt position, with Ghana's total external debt standing at 156 percent of GDP, one and half year of GDP and 28 percent of export used to just pay interest debt.

“By 2008, because of the strong fundamentals put in place by the NPP government, the impact of more severe oil shock of $147 per barrel , (over four times higher than in 2000) was more manageable with the  Net International reserves standing at $2.2 billion in 2007, the highest in Ghana's history as compared with the negative position in 2000.”

While advising Prof Mills and the NDC “to seek the truth for it is the truth that would set them free”, Hon. Kyei-Mensah-Bonsu remarked that in the face of triple shocks from oil, food and financial melt down, it would have been irresponsible for the government to do nothing just to be able to claim later that the fiscal and trade deficits did not deteriorate.