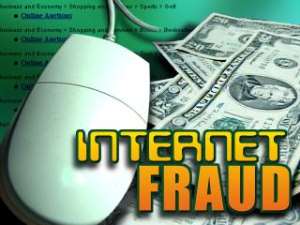 The Sakawa menace has taken a new twist. Ghanaian youngsters of the skillful art of cyber fraud have moved their operation to the realm of day light trickery of unsuspecting individuals, who to a very large extent have fallen to the new mode of operation of the fraudsters, TODAY has discovered.

With the incessant and unceasing raid on them by the police, the Sakawa practitioners have adopted another method which outcome, TODAY gathered, is still helping them to maintain the ostentation they acquired from the cyber fraud, ritual murder and other forms of occult practice.

Our search shows that the Sakawa boys have taken advantage of government search for former government functionaries who are still in possession of state vehicles to pose as members of the security detail that is mandated to carry out the exercise. In some instances too, they trail presidential convoys, dress in military uniforms and pose as members of the security personnel guarding the convoy.

They will then pounce on any driver who in their estimation is interrupting the smooth driving of the convoy and threaten the driver to take him/her to the Castle if he failed to settle them. Of course huge sums of money are involved here.

In some instances too, they pose as members of an anti-crime unit or squad of the Ghana Police Service or the Ghana Army and could arrest anybody who they may suspect is wealthy enough, and therefore can induce huge sums of money from. Often the defence put up by the Sakawa boys in that special operation is that the arrested person had been declared wanted by the state security apparatus.

They are often sighted wearing military and police uniforms and virtually on the prowl looking for people whose disposition easily give them up as wealthy individuals who the boys could easily prey on. They are often found hanging around Banks, Restaurants, Big Stalls like the Shop Rite or the Accra Mall.

Underground moves made by TODAY into these areas suggest that the boys leech around the areas because that is where big spenders or wealthy people go either to do shopping or business.

On Friday, one Joseph Adjiri, a 50+ businessman fell victim to the Sakawa mongers. He was on his way to his office on the Liberia road at Adabraaka, a suburb of Accra, when a “young uniformed policeman around his mid 30's forced open my car and jumped on to the front passenger seat and begun threatening me that I have crossed the convoy of his Excellency the Vice President and therefore demanded from me an amount of GH3500, or in default send me to the Castle”.

According to Mr. Adjiri, the incident occurred at the traffic light near the AP filling station at Adabraka: “The traffic light was red, so all vehicles on the particular road, including mine had to stop. All of a sudden the uniformed man opened my door and sat by me”.

“He took me to my office just around the same area and demanded that unless I paid the amount he was demanding he would have no choice than to take me to the Castle”, Mr. Adjiri stressed, adding that the “policeman”, who gave his name as Osei indicated that, he was taking the said amount because the security detail that was overseeing the special exercise was seven in number.

By any stretch then, the GH3500 would have been shared GH500 each among the seven people. The said Osei, Mr. Adjiri disclosed, “then started making calls that suggested that he had arrested the man who crossed the Vice President's convoy and that in less than no time, he would bring him to the Castle for further action”, stressing that “he begun recording my particulars in a diary that he was holding”

Mr. Adjiri disclosed that Osei was not armed like other policemen on such exercise do, but however demanded that “I hand over my license to him'.

After persistent pleading, Mr. Adjiri said, Osei agreed to collect GH1000. He would however not agree to withdraw the cash himself and insisted that Mr. Adjiri did that.

“I took him to the Inter Continental Bank, around the Ohene Djan Stadium where I parked at the Bank's car park, near the Stadium. I then went into the Bank and withdrew the cash Cheque and gave it to him, and later drove him to the Castle gate where he alighted, cross the road and went away”.

In another incident, a relatively old man was virtually bundled into a waiting car by some army uniformed Sakawa boys on the Achimota-Ofankor road some weeks ago. The impression given for the arrest of the man by the boys, who it is believed are in the 20's was that the man had been declared wanted by the state security.

Although the man's gestures easily gave up his innocence, no one could muster the courage to challenge the uniformed boys. To many onlookers, they were young recruits of the army performing special operational duties.

Almost every eye-witness therefore watched in awe as the man was bundled into the waiting vehicle being used by the Sakawa boys.

TODAY however managed to follow the vehicle which was then heading towards the Ofankor barrier in Accra. However, the man was sighted walking back towards the St. John's Secondary School side of the road ostensibly bewildered at what had happened to him.

He disclosed to the paper that he did nothing wrong to warrant the “arrest” and that the boys in the army uniform were fraudsters who took from him the only GH600 that had left on him and asked him to go back.

He disclosed that he was not told of his offence and that while on the way, they asked him to bring all the monies he had on him of which he obliged. He then reported the incident to the Kwabenya police.

An onlooker who was not convinced about the scene also reported the incident to Peace FM. an Accra based private radio station.