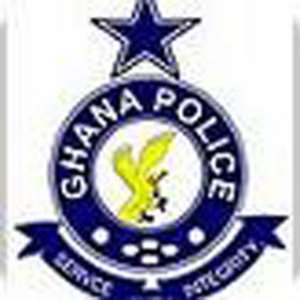 Ghana Police Service The Deputy Commander of the Police Panthers Unit, Assistant Superintendent of Police (ASP) John Tawia Kwadey, who has been in detention since Monday for extortion, has allegedly appeared in an Accra Circuit Court yesterday.

Credible information gathered by DAILY GUIDE indicates that the police boss was arraigned after he allegedly admitted receiving $15,000 bribe from one of the suspects in the case. He has also reportedly returned the money to investigators.

The paper further learnt that following the spate of extortions in the service, the Acting Inspector-General of Police, Mrs. Elizabeth Mills-Robertson has, with immediate effect, dissolved the Criminal Investigations Department (CID) desk at the Panthers Unit, which is currently the strongest operational unit in the entire Police Service.

The paper's source hinted that the four junior police personnel, who were arrested and detained alongside ASP Kwadey when the case broke, could be set free as preliminary investigations failed to implicate them.

They were reportedly interdicted on the orders of the acting IGP following information that some monies exchanged hands when the unit was tasked to arrest some suspected drug barons.

The five were held on charges of extortion until the latest twist in which the Panthers boss allegedly confessed.

Concerning the reported dissolution of the CID desk in the Panthers Unit, the acting IGP made the revelation when she met police officers at the headquarters on Thursday.

According to her, the unit is purely an operational one, with its men trained to go into areas the regular police had not succeeded in quelling riots or effecting arrests, and stressed that it had nothing to do with investigations.

It would be recalled that the Director of Police Public Affairs, Deputy Superintendent of Police (DSP) Kwesi Ofori, told the media recently that ASP Kwadey and the four junior personnel were being investigated along with five civilians for their alleged involvement in a drug deal.

According to him, the officers, on April 28, 2009, invaded a house at Nii Boi Town in Accra, ostensibly to arrest some five civilians who were allegedly neck deep in drug business.

He said the policemen arrested four members of the gang, adding that the fifth, Clement Agbaglo, alias Sky, managed to escape with two parcels of a substance suspected to be cocaine and an amount of $44,000.

He said when Sky was later arrested at a hideout, he disclosed that he had met ASP Kwadey at a location where he allegedly gave the officer $15,000, being his share of the $44,000.

He said the acting IGP, therefore, ordered the immediate arrest, detention and interdiction of the policemen, including ASP Kwadey.

But with the latest development, investigators have no option but to grant the four 'boys' bail.