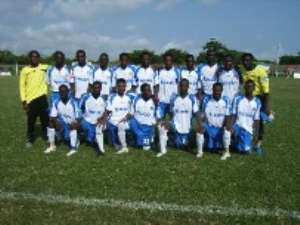 The 42-year-old insists his team will not be overawed by the impressive run of the league leaders.

18 points separate the two sides but George Lamptey is unperturbed.

"We know the pedigree of Hearts of Oak but we are confident we can and will beat them on Sunday," he told Ghanasoccernet.com.

"The situation we are in is not good enough and we need to get this result to make sure we push up.

"We are gradually finding our rhythm and it we will still chase for top four spot this season.''

Liberty lost the corresponding fixture 3-1 and will have revenge on their minds.