What experts say about Agriculture underdevelopment in Africa 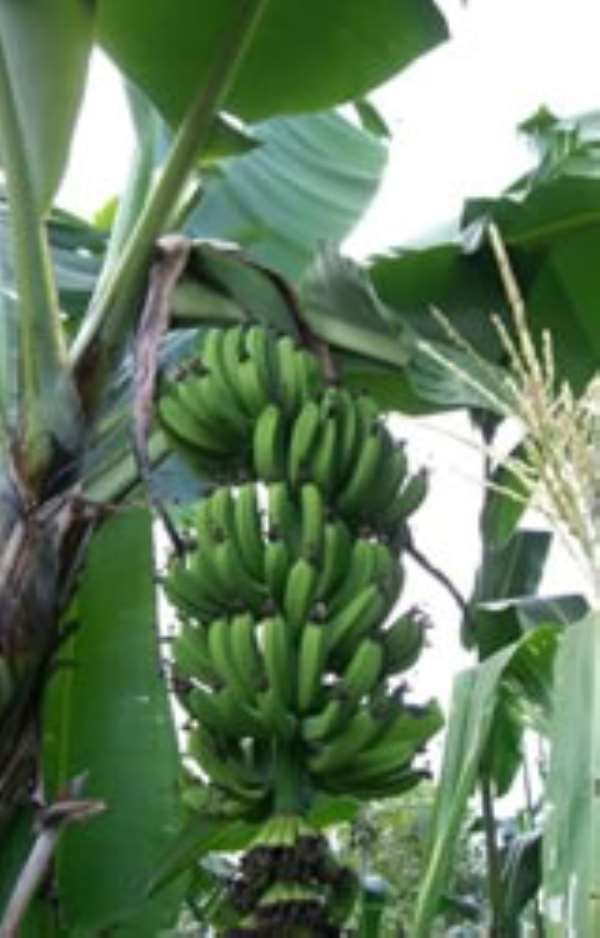 Rural underdevelopment has been the main drag on the potential and prospects for growth in agricultural production and productivity in Africa, a panel of African experts and their American counterpart agreed recently in Washington, D.C. The panel discussion co-sponsored by the Woodrow Wilson International Center for Scholars (WWICS) and the Washington, DC-based Partnership to Cut Hunger and Poverty in Africa on Friday, Feb. 27, focused on a two-part subject billed as “A Conversation with Senior African Leaders: How Africa Can Meet its Food Security and Financial Challenges, and Priorities for U.S. Assistance Now.”

Lack of adequate infrastructure such as electricity, roads, and potable water, account for the lag in the development of rural areas in Africa, the four African agricultural experts accompanied by Dr. Julie Howard, Executive Director of Partnership to Cut Hunger and Poverty in Africa on the panel, concurred.

A panelist, Ms. Beatrice Gakuba, who described herself as “a farmer from the private sector” pointed out that poor and inadequate infrastructure, among other problems, increase operational expenditure in agriculture in Africa in general. “Without infrastructure, there is no cocoa,” Ms. Gakuba warned.

Another panelist, Dr. Peter Ngategize, “National Coordinator in the Competitiveness and Investment Climate Strategy (CICS) Secretariat in the Ministry of Finance, Planning and Economic Development of Uganda,” stated that in addition to problems such as gyrations in oil price and Somalian piracy, “infrastructure is the bane of development.”

In addition to inadequate infrastructure provision, there is scarcity of a myriad of required direct farming inputs and needs for productive and profitable agricultural business in Africa.

Beatrice Gakuba who left several years of work with UN institutions (UNICEF, IFAD, UNIDO) to enter into private agricultural business in her native Rwanda, pointed out that the private sector needs long-term loans to invest effectively in rural agriculture in Africa. “We cannot reach food security without substantive loans,” Gakuba indicated. She explained that micro financing is limited to small loans that cannot be enhanced because of lack of guarantees.

Gakuba acquired a small farm on liquidation block in 2004 and transformed it into “a socially responsible enterprise that employs almost 200 rural women.” She indicated that the cost of fertilizer in Africa is inhibiting.

Ms. Gakuba's “Rwanda Flora is also operating a training program for youth living in rural areas who dropped out of school for various reasons.” Nevertheless, she stated that Africa needs assistance in the local production of tools and appropriate technology “especially to keep the youth in the rural areas.”

Human Capacity Needs
“We cannot talk about food security in Africa without talking about women who are at the center of that sector,” Gakuba pointed out. In that regard, she suggested that, “Governments must provide specific assistance to women in agriculture.”

Ms. Gakuba has “extensive field experience in integrated rural development and women's economic empowerment,” according to her biography provided by WWICS. She argued that to enhance women's role in agriculture development in Africa, “…there is need for household security.” She pointed out also that in Africa “…the issue of land tenure is 'genderized', with women having less access to land.”

Julie Howard of “Partnership to Cut Hunger and Poverty in Africa” called for the need to emphasize the voice of Africans on the dynamics of Africa's agriculture and long-term food security. In that regard, she drew attention to the need for building more leaders in agriculture in the various countries of Africa.

Another panelist, Dr. Willis Oluoch-Kosura, posited that to move away from the so-called “Washington Consensus” to “African Consensus” requires capacity building, “important for negotiating the inter-connection” between Africa and the rest of the world in the area of agriculture.

Oluoch-Kosura, Program Director, Collaborative MSc in Agricultural and Applied Economics in Eastern, Central and Southern Africa (CMAAE) since 2006, stressed the need for higher education in agriculture as the key for building the “African Consensus.” He pointed out that productivity in agriculture in Africa remains relatively lower, despite the fact that growth in the sector is necessary for fighting poverty. He emphasized that reforms in agriculture production in Africa have been difficult “…especially given negative fewer access to education” on the continent.

Need for Expanded Markets
Beatrice Gakuba stressed the need for Africa to design and implement market linkages for agriculture on the continent and internationally. Dr. Richard Mkandawire, a panelist, emphasized the need to “open up” regional markets in Africa to accommodate expanding urban areas and cities on the continent. Mkandawire, a socio-economist and rural development expert, currently serves as advisor to NEPAD on agriculture.

Peter Ngategize disclosed the emergence of Shopping Malls and Shopping Centers in Uganda by South Africans. In that regard, he suggested the need for cross-border incentives for expanded trade in food and other agriculture produce on the African continent. He indicated that the regional organizations on the African continent are growing but there is need for integration.

Julie Howard mentioned the need for infrastructure development to link cross-border programs in Africa, with respect to U.S. assistance and investment in Africa's agriculture.

With respect to international trade in agriculture, Ngategize suggested, “The rules must change” regarding subsidies offered local farmers in the United States, EU countries and Japan. He noted that the protectionist behavior of US, EU countries and the Japanese governments does not help African farmers.

“Subsidies are making us uncompetitive,” stated Beatrice Gakuba, whose farming business exports flowers to Europe from Rwanda. She said, “Transfer of 1% of farm subsidies in the West and Japan to African rural farmers can help a lot.”

In spite of the identified problems that inhibit growth and productivity in agricultural production and food security in Africa, the panelists under discussion shared a common optimism regarding current scale and enthusiasm of foreign direct investors in the sector on the continent. “The investment climate on the continent has improved, except rural agriculture,” Beatrice Gakuba stated. The implication here is that even when investments have improved, there are no adequate loans for rural agriculture.

According to Mkandawire, “NEPAD has a vision, formed in 2003, to move up agriculture to meet development needs of the continent.” In that connection, Mkandawire indicated to his listeners, “The international community is supporting the Africa-defined agriculture framework, an unprecedented occurrence.”

Mkandawire stated: “A connectivity is evolving such as has not existed before. New non-traditional investors in Africa, including China and Venezuela, have become partners in agriculture development on the continent.

Meanwhile, Julie Howard of “Partnership to Cut Hunger and Poverty in Africa” informed the listeners of evidence of disinvestments in rural agriculture by the United States in Africa. However, she indicated that the current food crisis has brought the need for U.S. agricultural assistance to Africa to sharper focus. Emergence of strong African leadership has helped to draw attention to the needs of African agriculture, according to Dr. Howard, as she stressed “the need for focused U.S. assistance.” She drew attention to the need for one-stop shop in various African countries for U.S. agricultural aid.

On his part, Dr. Mkandawire, the advisor to NEPAD on agriculture, wondered aloud as to what has triggered and motivated the new foreign investor entrants (Brazil, China, Venezuela) to African agriculture: “Political stability or what?”

However, responding to a question, Dr. Ngategize of Uganda stated that, “The new investors in Africa's agriculture have self-interest agenda such as access to raw materials, markets, e.t.c.”

What Need to be Done
“We want green revolution in Africa to put food on the table; it is possible,” Willis Oluoch-Kosura, the former Associate Professor and Chairman, Department of Agricultural Economics, University of Nairobi (1999 – 2003), assured the audience at the panel discussion. Nevertheless, from the broad discussions by the experts, it is fair to note that Africa's aspiration for enhanced agricultural production and sustainable food security can materialize if and only when all, and some more, of the ideas and suggestions envisioned out of experiences are implemented.

In addition to the suggestions made by the experts outlined above, following are some encapsulated ideas that could enhance growth in production and productivity of African agriculture and food security:

Role of the state - In spite of increasing participation of the private sector in commercial agriculture in Africa, Dr. Mkandawire, agriculture advisor to NEPAD, argues for equal need for support of the state in the sector for expanded growth in production. “Even within governments, the thinking is moving towards civil society in agriculture,” Mkandawire pointed out.

Agriculture Peer Review - To determine how agriculture production is moving in each African country, Dr. Mkandawire suggests the institution of a “Peer Review Mechanism” to undertake that assignment. Of course, a peer review can be conducted appropriately only when there exists a “Comprehensive African Agricultural Program” as suggested by Mkandawire, for the establishment of comparative standards.

Fertilizer Production - Beatrice Gakuba emphasized the need for assistance in the local production of fertilizers in the African countries.

Coordinating enclaves of development - Dr. Peter Ngategize suggested the need for greater coordination of public ministries, departments and agencies that have linkages to the agriculture sector. That was to say that for example, the Ministry of Agriculture in Ghana must be in a position to link with the activities of the Ministries of Roads, Energy, ICT, Education, among others, in a manner that contributes towards enhanced agricultural production.