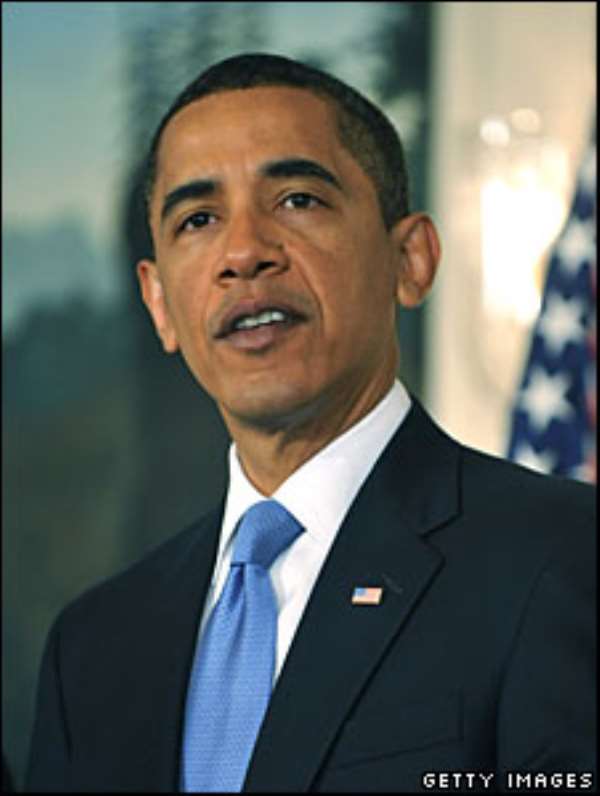 Velocity they say is a virtue when you're trying to ram a radical agenda down the throats of an economically shell-shocked populace before they wake-up to what you're doing.

As a result of all the hoopla and high expectations that characterized the new president's victory, it's easy to gloss-over how he has shifted in both tone and substance since the election in 2008.

After the 100-day mark of his presidency, President Barrack Hussein Obama has broken six main promises of his campaign. Three (3) are about taxes and spending, two (2) are about transparency and ethics and one (1) deals with international diplomacy and war.

In terms of tone, Obama promised to be a hope-filled change agent who could fix American politics and "heal the nation." According to President Hussein Obama, he would do it by refusing to appoint lobbyists to his administration, increasing transparency in government and forging new bipartisan consensus.

His campaign promised to strengthen government checks and balances by limiting the use of presidential signing statements, mandating public review of legislation, and vetoing wasteful congressional earmarks. In fact not one of these promises saw the light of day in his first 100 days in office.

President Obama promised to allow five days of public comment before signing bills that come to his table. Unfortunately Obama broke this promise just ten days in office when he signed his first piece of legislation, The Lilly Ledbetter Fair Pay Act. The law itself was introactive so there was no need for a rush. Obama did not wait for the five days of public discuss but went ahead and signed it.

Mr.Obama again broke his good Governance promise when he signed the $800 million stimulus package, much of whose content were secrete until shortly before Congress voted on it and whose 1400 pages went unread by most Congressmen who voted on it.

Again on transparency and ethics, Obama on assumption of office signed an executive order banning all former lobbyists from working on matters they had lobbied on during the past two years. But the order contained a waiver clause which the Obama administration could invoke whenever they deemed necessary.

The first was to Bill Lynn, a former lobbyist for Raytheon, so he could become deputy Defense secretary; Jocelyn Frye, former general counsel of the National Partnership for Women and Families; and Cecilia Munoz, the former vice president of the National Council for La Raza. Frye is now the director of policy and projects for first lady Michelle Obama, and Munoz is the director of the Office of Intergovernmental Affairs. When challenged to explain and produce the waivers that permitted those nominations, the administration dragged its feet, bending only after embarrassing questions from the White House press corps.

The promise-breaking did not stop with the inauguration. Soon after he was sworn in, the president signed an earmark-laden spending bill with virtually no bipartisan support or public review - and then promptly issued a signing statement.

The speed and ease with which Obama broke his promises are only eclipsed by his policy shifts since taking office. But whereas his good-government reversals have consistently portrayed politics-as-usual, his policy reversals go both ways.

Obama again quietly changed his Iraq policy which looks strikingly similar to the one he inherited from President George W. Bush. Gone is Obama's promise to remove all combat troops from Iraq within 16 months of taking office. Instead, Obama is embracing a conditions-based withdrawal that would leave up to 50,000 troops in Iraq until the end of 2011.

Surprisingly enough, Obama is showing a greater openness to free trade than he ever did on the campaign trail. On his campaigning platform in Pennsylvania twelve (12) months ago, Obama promised to renegotiate NAFTA (North American Free Trade Agreement) if elected president, and opposed new free-trade agreements with Colombia and South Korea. But now, his Administration says Obama harbors no plans to reopen NAFTA and is pushing Congress to ratify the trade agreements.-This is a clear departure from his earlier stance.

During the campaign, Obama portrayed himself as a fiscal hawk, promising to cut taxes for most taxpayers while simultaneously putting America on a path toward fiscal responsibility with "a net spending cut." But contrary to that, the Congressional Budget Office says that Obamah's proposed budget would explode the national budget through massive spending increases, increasing the already large deficit left behind by the Bush administration from $4.4 trillion to $ 9.3 trillion. Similarly, his signature middle-class tax cuts expire in just two years, while his promises to cut taxes for small businesses are postponed until after his term in office.

What is your view? Share it, meanwhile look out for part 2