Living in an abnormally normal Ghana 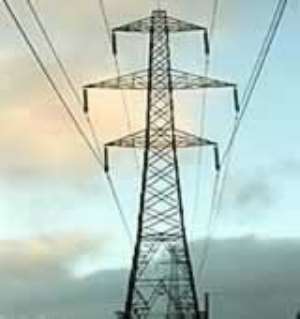 On Thursday, April 16, 2009, there was a news item in the Daily Graphic to the effect that the Electricity Company of Ghana (ECG) had procured equipment for the upgrade of electricity to residents of Ashalebotwey, parts of Adenta and East Legon Extensions.

After reading the story, I began asking myself what crime at all we the ordinary taxpayers have committed against officialdom to be treated the way they do. How many times have the consumers not been told that there was going to be an upgrade, which never gets done?

Indeed, living in the East Legon Extension area (particularly Salem Estates, NTHC Properties) and the adjoining communities is simply hellish. On any day you have water running through the taps at home, electricity gets automatically disconnected – bizarre as this may sound, it is very true!

The interesting phenomenon about the frequent power outages is that any time there is a power cut in the area, armed robbers invade the community – this is particularly true of Salem Estates, which borders Trassaco Valley Estates to the north.

The incessant robberies and petty thieveries are so very well choreographed that some members of the community are tempted to conclude that there might be an informant either at the power company or within the community who alerts the thieves to 'begin operations' because the lights have been turned off!

Strangely, on a typical 'robbery' day in the Estate, as soon as the hoodlums complete their operations, the lights are switched back on. Call it cynicism or whatever name you like, but does it really make sense for people in the capital city of 21st century Ghana to be without reliable electricity for months while managers of the distressed power company cruise around in multi-hundred thousand dollars SUVs?

Moreover, I think that Public Relations (PR) practitioners in our part of the world have also been taught that PR means telling untruths to the people. The PR approach even worsens the already dire situation. Any time power outages are reported, the ECG PR machine is deployed to explain to the people why power supply must be incessantly erratic!

Indeed, the ECG PR machine is so virile that it's not even comparable to Adolf Hitler's propaganda machine – just pray that there is a major power outage and you'd here all the technically confusing jargons that would be unleashed on the ordinary masses.

The ECG would go to every length to justify why you should be without power. In fact, I am beginning to believe that in Ghana, instead of fixing problems, many public sector employees (particularly senior level officials) have rather become very good at problem management.

They have become so good at explaining why our situation should be so hopeless. The other day, a neighbour was robbed at gunpoint at Salem Estates – the ECG of course, turned off our lights at the time of the incident!

Those of us who had the 'luxury' of not being visited by the robbers decided to call the Legon branch of the ECG. We decided to call ECG after the East Legon Police instead of dispatching a combat-ready team to the Estate, decided to school us on robbery statistics in the neighbourhood!

The ECG official was simply educating us to get used to hopelessness quickly – after all, this is Africa, where the only predictable phenomena are hunger and chaos!

However, who enjoys sleeping in darkness? In addition, how many Ghanaians just enjoy seeing their pricey home appliances blown up everyday by the recklessness of a power supplier?

Is it just not possible for the ECG to draw up a power distribution plan, which if properly communicated through the mass media would make consumers plan how to regulate their home appliances?

The other day, I was driving home when there was a breaking news item to the effect that there was power outage at the Kotoka International Airport (KIA).

A friend of mine who also heard the news item simply told me that the simplest thing the authorities were going to do was to setup a committee – because that is what native Ghanaian wisdom dictates. According to the friend, by the time the committee completed its work, the people would have forgotten the losses incurred because of the power outage at Ghana's only international airport.

Some people missed their flights that day and other Accra-bound flights were diverted briefly. Well, some of our compatriots who work in Europe and the Americas would also have been fired because of that single negligence at the Accra Airport.

Last week, the KIA fire committee has submitted its findings to the appropriate quarters and this writer would hope that for the first time, those culpable would be severely dealt with – because committee reports in this country are hardly implemented!

Furthermore, the ECG has a sister company, the Ghana Water Company, which to the rude, surprise and ire of many a Ghanaian taxpayer, the Ghana government gave away and cheaply so, to an Anglo-Dutch Company, Aqua Vitens Rand!

I was expecting my water pipes to begin working magic for me after the Ghana Water Company was handed to the Anglo-Dutch people, particularly when I know that although the pipe that carries the water to Accra passes right through the Trassaco Valley Area the Ghana Water Company officials could simply not locate it for all those years. So when a 'white man' was brought in, I became so happy because I thought they were just going to release the magic wand!

After all, we had been brainwashed that Ghanaians were so incompetent in management that they forgot to keep records on where the underground pipes laid from the Kpong Head Works to Accra.

So far, Aqua Vitens Rand has only succeeded in introducing a very disgraceful term 'water rationing' to the people of Ghana. The question is did we have to bring an Anglo-Dutch firm to come and show us how to ration water?

In fact, the marriage between the Ghana Water Company and Aqua Vitens Rand has only been counterproductive, to say the least. If the situation with the water delivery system in the country was all about managing the crisis, then we did not have to bring rocket scientists from anywhere to come and help us.

Any time the new managers of Ghana Water are criticised for under-performing, their spokespersons are quick to say that 'the company was only brought in to manage the existing structures.'

I submit today that the current situation at the Ghana Water Company is just a mess. The water situation in many parts of the country has reached emergency proportions and we don't need foreigners to help us manage the disaster. Perhaps the National Disaster Management Organisation (NADMO) would have done a better job if we cared to bring them in.

Goal number seven of the Millennium Development Goals (MDGs), seeks to halve, by 2015, the proportion of people without sustainable access to safe drinking water and basic sanitation. The UN however admits that many countries, particularly those in Sub-Saharan Africa (Ghana inclusive) are at a major risk of not reaching any one of the eight MDGs!

May be, by 2015, the UN and other international agencies would help Africa shift the goal post by setting other unattainable development goals for Africa!

ECG and Ghana Water Company, please justify to us that those SUVs you cruise around with worth it. Please shame your critics by fixing the existing power supply lines and water distribution systems.

Everything in Ghana seems upside down but we are told that everything is normal. Life in Ghana has become abnormally normal indeed!