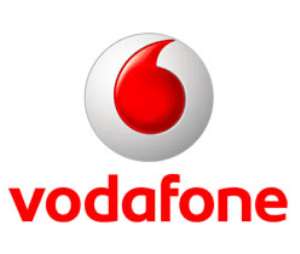 There is growing suspicion among a section Of the Ghanaian populace in the wake of the official launch of the change-over of Ghana Telecom (GT) to Vodafone last week.

The suspicion is fuelled by the apparent silence of the Minister of Communication, Mr Haruna Iddrisu, over the sale of 70% of the shares in the GT to Vodafone last year.

Mr. Iddrisu, who led the then opposition National Democratic Congress (NDC) to vehemently protest against the deal, has all of a sudden become dead silent on the issue and further went on to join Vodafone at the launch.

Some members of the public have begun suspecting under-hand dealings behind the sudden change of stance by the vociferous Minister, who made a mark in opposition as a staunch defender of the interests of the down-trodden.

Mr. Iddrisu, Minority Spokesman on Communications at the time, spearheaded a protest vote when the deal was hurriedly brought before Parliament for approval, vowing to call for a review of the agreement between the Government of Ghana and Vodafone. He argued that the shares were worth more than the $900 million agreed upon; stating that nothing less than $1.5 billion was acceptable.

Months into the Mills administration, the issue seems to have been relegated to the background and more so, the Minister has publicly joined in its inauguration, thereby angering some Ghanaians who believe principles need not change under any circumstances.

Some Ghanaians have been pouring their anger at the turn of events, recalling that the New Patriotic Party (NPP) kept to many of their strong decisions about the NDC. Recounting some of the decisions, some of them said the then President Kufuor never used the Presidential Jet that was purchased by ex-President Rawlings. He also did not allow the sale of 30% shares of GT to the Malaysians to continue.

The NPP brought in Telenor of Norway to run the company under a management agreement that did not oblige the Norwegians to put in a penny into the coffers of GT. That deal failed to rescue the only state-owned communication company, necessitating a new agreement that was fast-tracked under very suspicious circumstances.

In a statement read by Mr. Iddrisu last year, the then Minority said, we are raising the concern (over the sale) because of the mysterious shareholding matter in relation to

Vodafone Plc acquisition of Safaricom, Kenya's largest and most profitable company.” Safaricom was officially declared to be a partnership between the National landline operator-Telkom Kenya (with 60%) and Vodafone Plc UK (with 40%). I was found to have a third shareholder through an unregistered company known as Mobitelea, which owed 5% of the shares, triggering a parliamentary inquiry into the ownership changes. Mobitelea had not previously been disclosed as a shareholder in the deal.

Some Ghanaians are at a loss as to what Mr. Iddrisu implies by assisting in the launch of a deal he protested vehemently, without any sign of displeasure.

“If they have changed their minds about the issue, they should let us know so that we know who they are,” an angry man said.