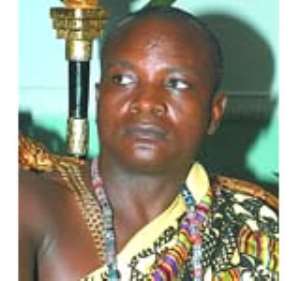 The Chairman of the New Patriotic Party in the Volta Region has dismissed claims that the region was starved of development projects by the Kufuor administration.

According to Ken Nuworsu the assertion is not only false but unacceptable.

The Paramount Chief of the Asogli Traditional Council, Togbui Afede at a durbar to honour President John Evans Atta Mills over the week end echoed concerns of his subjects saying “the region was made to feel like outsiders.”

His comments were further corroborated by the NDC Chairman in the region Modestus Ahiable.

He argued the region having been well developed by the Rawlings led administration needed road infrastructure to boost development but that was not forthcoming from the eight years NPP administration.

He chided the then government over dismissals in public and civil services which he claimed were against people from the region.

But Ken Nuworsu took a strong exception to that. He challenged Mr. Ahiable to mention names of people affected by the alleged dismissals.

He argued it was the NPP that undertook the single most expensive project the Keta Sea wall in the region.

On road infrastructure, Mr. Nuworsu insists “the NPP's track record in road construction is second to none.”

He cited the Kadjebi-Nkwanta, Adidome-Sogakope road, Adidome Town roads, Ho-Fume, Nkwanta, Ho-Abutia roads which he said have either been completed or under various stages of completion.

But Mr. Ahiable maintained the roads were used as a bait to win political votes.

Listen to excerpts of the exchanges in the attached audio.