FROM SOMALIA WITH LOVE 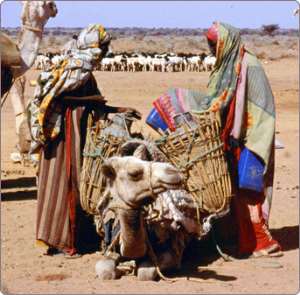 COMING TO A SEA NEAR YOU

What else can a failed State give to its neighbours apart from refugees and more refugees? At least that is the usual consequence but nowadays with Somalia, you can expect some added spice. The refugees are saying, thanks but no thanks to the UNHCR classification, preferring to take by force the benevolence they otherwise would have received as refugees by launching Captain Flint style raids on their would be benefactors.

Thus they are transposed from the 'lowly' refugee status into conquering pirates and boy, that's big time. In their estimation, perhaps every country owes them ransom for not preventing the break up of their country. At least that way, no country would have the burden of having to accommodate them talk less of integrating them as citizens. As such it is in the supreme interest of all states to ensure that no member of the international community becomes a failure.

The world it seems has now wised up and is determined to take the fight to the pirates. The April 22-23 2009 conference on Somalia in Brussels to be attended by UN Secretary General Ban Ki-moon would add to the many attempts at finding a lasting solution. Since the beginning of Somalia's civil war in the early 1990s, activities of the pirates' off the Somali coast have been a menace to almost every nation regardless. As recently as April 14 2009 a Liberian cargo ship was fired on, and in November 2008 two Ghanaians were aboard the hijacked MV Delight released in January 2009.

The statistics are staggering: 111 pirate attacks off Somalia's coast in 2008, with more than 60 successful hijackings, representing almost 40 percent of worldwide attacks. The Chinese foreign ministry estimates that about 20 percent of its vessels have come under attack while passing near Somalia. Nearly 400 crewmembers along with their ships are currently being held for ransom. As a result, the international shipping industry is taking quite a hit. Insurance premiums are rising, and many shippers are seriously considering rerouting their cargo around Africa's southern tip. Higher premiums and longer voyages raise the cost of goods worldwide just as much of the world is in the midst of a recession. Source: baltimoresun.com

Why are they engaged in piracy in the first place?

The possible reasons are numerous; however, I would not attempt an anatomical dissection but look at the commonly perceived reason – hunger. If the main reason was to combat hunger, I do not know how sustainable an idea piracy is in that regard. Rather the Somali pirates have in more ways than one become like the drug cartels of South America run by monstrous, murderous gang masters. These Barons have no humanity in their dictionary, but an exploitative greedy bunch who murder their countrymen and women in cold blood.

The illusion that embarking on wanton destruction and clobbering others for your own woes in order to gain recognition or self-importance is as deluded and derided as the word itself might sound. The challenge of nullifying this problem looks insurmountable especially so because Somalia has been without a government since 1991. Opposing clans after overthrowing Siad Barre failed to agree on a replacement and plunged the country into lawlessness and clan warfare. Source: bbc.co.uk

So is there any hope for Somalia?

Somalia today is so badly split up comprising of three quasi-independent macro-regions namely; Somaliland, Puntland and Galmudug. Then there is the Transitional Federal Government, the body recognized internationally but it has to operate from without Somalia. A political solution is possible only with the people themselves but as the centre cannot hold for that to occur, intervention is inevitable. The international community is wary of intervention as it is still bearing fresh scars from the Battle of Mogadishu otherwise known in the movies as Black hawk down.

The infamous Africa fatigue, syndrome that was peddled through the corridors of power, after the Battle of Mogadishu effectively cut off any thought, of further military interventions. Sitting in the comfort of their empires therefore, the big powers adopted a kind of Laissez- faire isolationist approach. After all, what threat could a small country of just over 9 million population steeped in the horn of Africa pose?

But such is the attitude of those who lack understanding of people dynamics and the workings of the international system. After all we've all been made to swallow the pill called globalization and made to believe that globalization also means interdependence between States. Although this is never the case until a State suddenly shoots into prominence (for the wrong reasons) such that it has the marginal propensity to squander a large chunk or even a small piece of their (the big powers) accumulated wealth.

Yes we could go on and on blaming everyone else but our own selves. Where are the Africans to broker an African solution so often drummed about? Oh yes there's one. Col. Gaddafi, the incumbent AU chairman (who also considers himself heir apparent to Dr Kwame Nkrumah), speaking in Tripoli said that Somali pirates were only hitting back against other countries stealing marine wealth from the region's waters. He called on the United Nations to protect Somali waters from the piracy of other countries. Yes men! That's the African solution, indeed! Source: bbc.co.uk

Thankfully, Uncle Sam, (or is it now Big Brother Barack), has decided to act. My only hope is that this is simply not a knee jerk reaction to the recent hijacking involving the Maersk Alabama. Action must be taken immediately and this time it should be altruistic, because you know what, once the seas become ungovernable it would be a case of survival of the fittest, and you and I in our innocent and holy villages that don't even care much about swimming, would be the first victims. Fair deal isn't it?