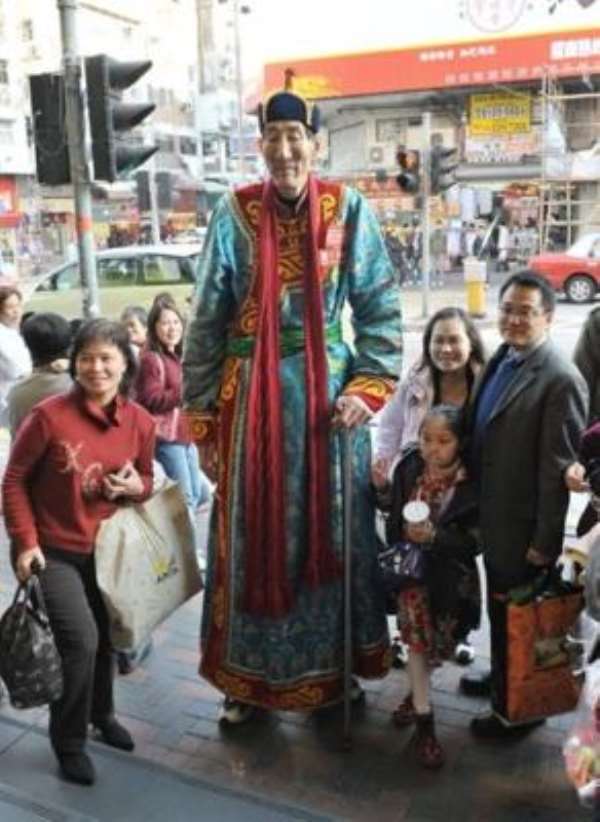 A contender for world's tallest man underwent foot surgery at a Chinese hospital where doctors confirmed he is 10 centimetres (four inches) taller than the current title-holder, state press said Tuesday.

Zhao Liang, 27, was measured at 2.46 metres when he had an operation at a hospital in Tianjin city to relieve an injury suffered nearly a decade ago, Xinhua news agency reported.

It was when he sustained the initial injury that doctors first found out Zhao was taller than fellow countryman Bao Xishun, who is listed by the Guinness World Records as the world's tallest man, the report said.

But Zhao has not been independently measured by Guinness judges, so he is not officially considered to be the world's tallest man, the report said.

Zhao's basketball career was cut short when he injured his foot 10 years ago and he remained unemployed until 2006, when he got a job with an art troupe and learned to perform magic and play the saxophone and flute, the report said.

Doctors said Zhao should be able to walk normally after a two-month recovery period from surgery. He does not suffer any health complications related to his height, it added.

Zhao's parents, who are both of normal height, do not know how their son has grown so tall, the report said.

Bao Xishun, 57, was first recognised by the Guinness Book in 2005 as the world's tallest man, measuring in at 2.36 metres.