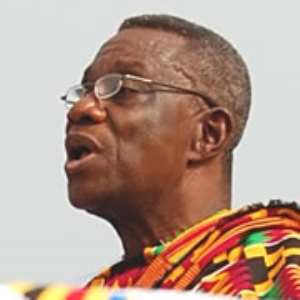 
The West Akyem Adikrofo Union comprising 19 chiefs in the West Akyem municipality, 18 out of the 23 functional executives of the National Democratic Congress (NDC) in the Lower West Akyem Constituency and a number of branch and ward executives of the party have appealed to President J.E.A. Mills to withdraw the nomination of Mr Seth Otchere as the Municipal Chief Executive (MCE) for West Akyem immediately to promote peace and unity in the area.

They claimed that Mr Otchere was not only incompetent to hold the position of MCE, but was also arrogant and had through his activities divided the rank and file of the NDC members, supporters and sympathisers in the area resulting in the party's poor performance in last year's parliamentary election.

According to them, Mr Otchere was not a native of the municipality but was brought to Asamankese by his mother who was then a teacher in the town but since the nominee left the place more than 22 years ago, he did not set foot to the place until August, last year, when he contested as the NDC parliamentary candidate.

They contended that Mr Otchere's participation in the NDC primary last year brought about sharp differences among the party members.

The two powerful bodies made the appeal at separate news conferences at samankese last Sunday.

They urged the President to replace Mr Otchere with Mr Asumadu Anane-Addai, the former Municipal Stool Lands Officer, who is a Bulgarian trained cadre and former Kwaebibirem District Organising Assistant for Committees for the Defence of the Revolution (CDR), who is competent, affable and a down to earth politician.

In a lO-point petition to President Mills and copied to the National Chairman of the NDC the chiefs stressed that they and their subjects would not support Mr Otchere if the President ignored their request and the assembly went ahead to endorse him as the MCE.

According to them, initially, the Upper West Akyem and Lower West Akyem constituencies of the NDC• sent II names to the Eastern Regional NDC executives to nominate one as the MCE.

They said five names, including that of Mr Anane-Addai, were short-listed and sent to the National Selection Committee for consideration, who in turn short-listed three names of, which Mr Anane-Addai was one and submitted the list to the President to make his choice but surprisingly, the people's choice was not considered.

They claimed that when the then NDC Vice presidential candidate, Mr John Mahama, came to the Asamankese palace last year during the electioneering, Mr Otchere, who was the NDC parliamentary candidate for Lower West Akyem, was prevented from being introduced to the gathering because he was not the people's choice.

The petitioners accused the Eastern Regional executives of the NDC for imposing Mr Otchere, who is a stranger and very unpopular, on them as the parliamentary candidate and the MCE because he was the former Deputy Regional Secretary of the party.

They threatened that thousands of NDC members in the two constituencies would resign from the party if Mr Otchere's nomination was not withdrawn and replaced with Mr Anane-Addai, who was the most popular person in the municipality.

According to them, Mr Anane-Addai is humble, tolerant, affable and level headed who can take the NDC and the entire municipality to places.

They claimed that when he was the Municipal Stool Lands Officer, Mr Anane-Addai consulted the chiefs and other opinion leaders in whatever action he took.

They added that he used the Alternative Dispute Resolution (ADR) mechanism in resolving all land matters, which did not only promote peace in the area, but also increased the municipal assembly's revenue generation.