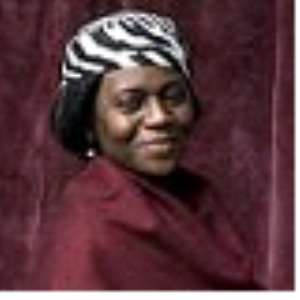 The last is yet to be heard about Nigeria's renowned Diego Maradona and his notoriously sleazy dribble runs. Ibrahim Badamosi Babangida (IBB), apparently would continue to be in the news for a long time to come, perhaps, for all the wrong reasons.

Huhuonline.com recently gathered that the inglorious eight-year tenure of the immediate past Governor of Niger State, Engr. Abdulkadir Kure, may have been one shady script written and directed by Ibrahim Badamosi Babangida himself, to the dismay and detriment of the good people of Niger state.

Documents obtained by Huhuonline.com reveal that while wages of teachers in states schools were not paid regularly, their counterparts in El Amin International School, a private school owed and operated by Mrs. Maryam Babangida enjoyed an uninterrupted largesse of regular payment of staff salaries, courtesy of the state government.

Our findings revealed that between May 1999 and May 2007, Niger state under Abdulkadir Kure took up a responsibility it had no business in and paid salaries of teachers at the private school. An action that smacks of grave fiscal irresponsibility and compels one to imagine the level of administrative rascality and economic subjugation the people of Niger state may have had to put up with throughout the lack-luster tenure of Engr. Abdulkadir Kure.

The El Amin International School, located on David Mark Road, Minna, Niger state, was founded, after IBB insulted the sensibility of the free world, by annulling Nigeria 's fairest election. Unbeknownst to many, by this single act, the General from Minna has set himself back for life in the comity of nations.

Despite numerous fiscal improprieties perpetrated under Engr. Kure, the Farida Waziri led Economic and Financial Crime Commission (EFCC) still does not have a case against him.

However, a panel set up by the incumbent administration has found him culpable. Many contractors and political stakeholders loyal to Kure`s administration has since refunded monies paid to them for jobs and contracts which were not executed.

Huhuonline.com gathered that Gen. Babangida and the former Governor of Niger State, Engr. Abdulkadir Kure had an unwritten Memorandum of Understanding (MOU). Aptly put in common parlance: “scratch my back and I will scratch yours”, which could be interpreted to mean, “you take care of my projects and I will make sure the EFCC radar does not come your way.”

Huhuonline.com investigations further unveiled that during the eight years that Abdulkadir Kure served as Governor of Niger state, development of the state was thrown into the abyss, while the twin tsunami of personal enrichment and self entrenchment at all costs were the order of the day.

As Huhuonline.com previously reported, during Abdulkadir Kure`s tenure in office, Niger state government paid one million dollars ($1,000,000) a year, out of the state's allocation for the maintenance of General Babangida`s magnificent edifice, the Hill Top Villa in Minna.

Impeccable sources reveals that in eight years, Niger State's government under Engr. Abdulkadir Kure paid a whopping sum of eight million dollars ($8,000,000) or naira equivalent of nine hundred and sixty million (N960, 000,000) for the maintenance of the private residence of the retired military president.

Huhuonline.com gathered that from May 29, 1999, when Engr. Abdulkadir Kure took the oath of office, like a school boy, desperate to please his school father, he ensured that a colossal sum of ten million naira (N10, 000,000) was deducted from the coffers of the Niger State treasury each month specifically for the maintenance of Gen. Babangida`s private residence in Minna.

Thus, during Abdulkadir Kure`s eight years in office, Gen. Ibrahim Babangida fraudulently received the sum of one hundred and twenty million naira(N120,000,000,) or one million dollars($1,000,000,) yearly from monies earmarked for the development of Niger state.

Consequently, in eight years, Kure and Babangida, through their discrete pact, bled Niger state to the staggering tune of nine hundred and sixty million naira (N960,000,000,) or eight million dollars ($8,000,000,) to manicure his lawn, shine his marble floors, clean his chandeliers and perhaps do his family's laundry