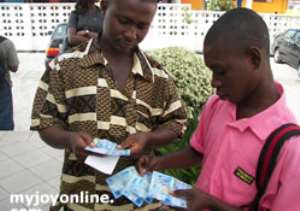 
Mrs Francesca Bortey, Eastern Regional Secretary of the Trades Union Congress (TUC) on Friday gave the assurance that the implementation of the single spine salary structure for public sector workers would start soon after the government had received the final report from the Fair Wages and Salary Commission.

Mrs Bortey said this at a meeting with the Kwahu District Council of Labour at Nkawkaw.

She said the Fair Wages and Salary Commission would ensure a smooth implementation of the new salary structure.

Mrs Bortey advised members of the TUC to study and adopt the three-year strategic plan which includes organizational development, education, policy and research, restructuring and international relations to provide the frame work for institutional renewal.