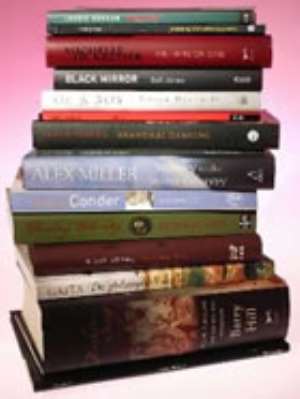 Making decisions and implementing them to deal with the needs of citizens is a major concern of every good government. Of course, people are not pleased with a government that is characterized by unjust and un-enforced legal systems, arbitrary policy-making and widespread corruption. Instead, they prefer a government that would not only help to improve their living conditions but also allow them to have a voice in the decisions that the government makes. Unfortunately, some people do not know that record keeping is the pivot of good governance. Transparency and Accountability

One of the pillars of good governance is transparency. Citizens trust their governments and become more concerned about their civic responsibilities when they realize that decisions taken by the government are open and they follow laid down rules and regulations. However, this is meaningless without keeping proper records. For instance, how do we know the exact decisions that were taken, the procedure, the people involved and how the decisions should be enforced if there are no records? Probity and accountability are also very critical to good governance. Without records, it would be difficult to hold a government accountable for whatever it says or does. In developing countries, the efficient management of the public sector has been considered as a key factor in economic development. The fact, however, is that the ability to retrieve information about government services is a criterion for a successful public sector management. When programs cannot be delivered because of inadequate information systems, the public stands to suffer because all aspects of the public service including health, education, pensions and human rights depend on records. Rule of law and human rights

A government is expected to protect and respect the rights and entitlements of its citizens. However, its ability to do so is based on the quality of the policies, standards and practices employed for the care of the relevant records. Retired workers should not suffer the ordeal of “go and come” when it comes to the working out of their entitlements simply because their personal files could not be traced. Similarly, there should not be delays in administering justice with the excuse that the relevant records/dockets are not “readily available” since justice delayed is justice denied. In government, improved human resource is very critical as far as good policy management is concerned. For instance, when it comes to performance-related human resource management, the availability of accurate and complete information about the past and present performance of staff is very necessary to be able to either reward hard working staff or penalize poor performing staff. How could such appraisal be carried out successfully if we do not have the relevant records on staff? Economic development

An appreciable amount of the country's financial and other resources keep going down the drain on land and chieftaincy disputes. Such monies could have been used to provide social amenities, thereby improving the living conditions of the people. We could avoid or minimize those unnecessary disputes by keeping proper records. We cannot run away from the fact that the private sector contributes immensely to national development. In fact, some people even believe that the private sector is the engine of growth as far as economic development is concerned. However, weaknesses in government record keeping could adversely affect the performance of the sector. For instance if records are misplaced or lost and as a result it takes a government agency several months to reply to a correspondence of an investor, then we could all guess where we are heading as far as investment promotion is concerned. Corruption

One of the major reasons for the stagnation of the economies of many African countries could be traced to corrupt governments and officials. People give various reasons to justify their corrupt behavior. Some even say that if you remain sincere and honest in your dealings, those who are “fast” (corrupt) would have whatever they need and leave you behind. It is barely thought that without corruption, governments could have marshaled the necessary resources for the development of society at large, thereby making life meaningful for everyone. The fact that such “fast” people are crown with shame, humiliation, imprisonment and sometimes death after finishing their race of acquiring illegal wealth should be enough to deter us from being participants of such unworthy competition. In fact, no reason whatsoever should be given to justify corruption in any form. It is rather unfortunate that “ghosts” are employed to work at places, resulting in huge sums of monies being siphoned at a great loss to the state. Such monies could have been used to improve the socio-economic standards of citizens. Personnel files are very important and could serve as evidence that an employee really exists and that his/her grade (rank) is appropriate to the salary paid and that any additional benefits are correct and duly authorized. I am not a prophet of doom but I could say unequivocally that until there is effective management of personnel files, the problem of “ghost workers” would be quite difficult to solve. It would be unfair to say or suggest that no efforts are being made in Ghana to eliminate or minimize corruption. Persons who were caught in this act were made to face the laws of the land. The media, both print and electronic have not relented in their fight against it. Commissions, committees and institutions have been set up to address issues bothering on corruption. One therefore wonders why the “disease” still persists in spite of the above and other forms of “prescriptions”. Archivists however believe that by administering a single dose of effective and efficient record-keeping, we could prevent the spread of this “social-killer disease”. The importance of records cannot be overemphasized. If records are properly kept, it would be easy to establish who did what, when, why and how. People would then be cautious of their actions, knowing that they could be exposed by the appropriate documents and punished accordingly. On the other hand if documents are lost due to improper records keeping, culprits could escape justice with ease since there would be no evidence in the form of records. Concerns

It is amazing the kind of mentality or perception that some people have about the archives profession. We should not make the mistake to think that anybody at all could manage records. It is this erroneous notion that makes some heads of organizations to transfer staff that they consider to be insubordinate, “problematic” or “useless” from a particular department or section to the registries and archives. Those who take such actions should remember that their decision could cost their organizations so much, including the leakage of classified, confidential and unauthorized information to people. Why is it that untrained and unqualified persons are not assigned the responsibilities of doctors, teachers, engineers, social workers, lawyers, nurses, accountants and other professionals but it is done in the case of archivists and records managers? Or is the profession considered to be so cheap? There are quite a number of unemployed records management professionals, who had quality training from the Department of Information Studies, University of Ghana, looking for jobs. Companies, organizations and institutions should not hesitate to tap the rich potentials of these professionals. I am not suggesting that only people with academic qualifications in archives administration should be made to manage records. After all, I know a number of people who have not been to the university to study archives but they have received the needed training in records management on the job and they are performing creditably. My point is that round pegs should not be put in square holes. Archivists should also demonstrate high level of commitment and professionalism in the course of their work. By doing so, they would expose self-styled archivists, who do shoddy jobs and drag the name of the profession in the mud. As individuals and a nation, there is the need to be serious with records keeping if really we want to achieve the aim of becoming a middle-income level country through good governance. Credit: By Sammy Dzandu The writer is an archivist [Email: [email protected]]