AFRICAN INVESTMENT OPPORTUNITIES TO WATCH IN 2009+ 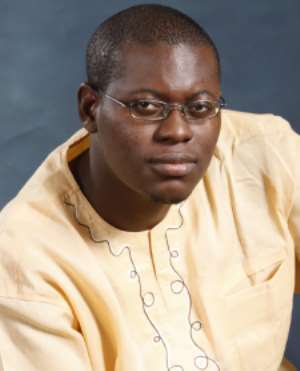 Experts at the World Economic Forum in Davos while discussing the session on Africa said the continent, though not insulated from the global financial crisis, will perform “relatively better” than other regions of the world in 2009. The tempered optimism is fuelled by the fact that Africa's capital markets, except for South Africa, are not integrated globally thereby limiting the effects of the crisis. Analyst Bright B. Simons, writing from Davos, looks at three economic sectors that should interest potential investors in 2009.

Agriculture The Gulf countries have arrived in the horn of Africa with a vengeance, looking for food. More accurately, they are looking for arable land. Somebody must have run the numbers and discovered that if it made commercial sense to practice oasis farming in the sands of Arabia, then it must make eminently more sense to invest in more fertile Sahel land for agricultural purposes.

Agriculture and agro-processing are ripe areas in Africa for investor cultivation that have been neglected for a long time. Despite IFAD (International Fund for Agricultural Development) estimates that agricultural investments yields four times the returns prevalent in other sectors, agricultural products make up less than half a percent of total African exports to the United States, to cite one destination, under the preferential AGOA (African Growth & Opportunity Act) scheme. Indeed, between 2007 and 2008, African agricultural products fell by 25% in their value composition of US imports.

Governance and inefficient sector development policies, coupled with widespread producer ignorance about opportunities even where they are easily accessible have all conspired to ensure that agriculture, despite employing about 60% of the population in most African countries, continue to experience the slowest growth among all sectors of the African economy.

Yet advances in nutrient-fixation, seed and plant-breeding technologies and preservation techniques, as well as more exotic Western consumption trends such as organic and fair-trade, make this sector eminently fundable by patient capital in search of strategic success.

With South Korean investors driving stakes into the countryside, and Chinese out growers streaming into the high plateaus of southern Africa, mark agriculture as one of the interesting spaces in post-2008 Africa.

Telecommunications In between the mature markets of North Africa (Libya has attained 100% mobile penetration) and the under-developed but saturated markets of sub-Saharan Africa above the Kalahari are many interesting insights, and opportunities.

With the 3G license boom over in North Africa, integration of value added services is the new field of play, and service providers in Tunisia, Algeria, Morocco and Egypt to deepen and broaden the broadband and wireless services markets. Expect the pace in Algeria, where penetration is hovering around 90%, to be particularly hectic.

Morocco has a sterling reputation for having launched the first IPTV (Internet Protocol Television ) service in Africa, observers are highly optimistic of its applications markets, and are keenly studying how the expansion of WIMAX (Worldwide Interoperability for Microwave Access) will impact the high service convergence characteristic of the North African country's telecom sector.

Sudan is a gem if ever there was such a thing. The upside potential of the Horn of Africa country's telecom sector has barely been sounded. Already huge sums are pouring in from overseas into the sector, considered under explored by most analysts. One might compare the Ghanaian situation, where 6 mobile license holders are jostling for advantage, with the case in Sudan, with its larger population and brighter growth prospects (notwithstanding political uncertainty and the oil price decline), where 3 mobile networks have only recently begun rolling out lucrative broadband services. The South of the country is awash with oil but has been left battered after the civil war. As the region emerges into a confident, autonomous, future, the urge to modernize is intense, and telecoms are at the very core of this passion.

The upside potential of the Horn of Africa country's telecom sector has barely been sounded. Already huge sums are pouring in from overseas into the sector, considered under explored by most analysts.

The increasingly terminal mobile penetration situation in North Africa has precipitated a fascinating resurgence of interest in fixed-line and fixed-line derivative services that should also be watched keenly. As far as the ultra-competitive but lower penetration context of West, Central, and Eastern Africa is concerned, IT-enabled services provide a mighty prospect of lifting some of the savage pressures on margins for operators.

Infrastructure The 2008 Report of the Africa Progress Panel chaired by former UN secretary general Kofi Annan cited UNCTAD's 2008 World Investment Report on Transnational Corporations and the Infrastructure Challenge to emphasize the importance of the infrastructure constraint to enterprise development across the continent. 60% of the businesses surveyed mentioned it as their most fundamental worry.

But it is becoming obvious that the infrastructure situation on the continent should be viewed as an opportunity rather than as a limitation to investment.

The most potent trend here is the subtle displacement of traditional ODA (Overseas Development Assistance, aka aid) by a complex of PPP (private public partnership) and project fund approaches with strong ties to the infrastructure question.

Firstly, one considers the development questions posed by various human development indicators, and a few may be recounted for clarity: in the region of 300 million Africans do not enjoy a reliable supply of clean drinking water, and 450 million lack regular access to proper sanitation. Less than 4% of Africa's sustainable water supply has been harnessed for the urgent purposes of irrigation for agricultural development, hydroelectric power generation and industrial cum residential consumption. Then one considers the Gleneagles pledge of doubling official aid by 2010, and how far from realization that promise is, and the only viable conclusion that emerges is a likely intensification of alternative underdevelopment-relief mechanisms.

In my view, that is the best frame of evaluation for emergent projects such as the US-backed Infrastructure Consortium for Africa, which has pegged Africa's development infrastructure needs at $38 billion per year (with two-thirds of this earmarked for energy), and pledged a medium-term commitment of $10 billion.

There is also the EU-Africa Infrastructure Trust Fund, as well as initiatives under the ambit of the African Venture Capital Forum, most of which date from 2007. The US-based Overseas Private Investment Corporation is underwriting a number of Africa-emphasis funds with a view of eventually disbursing $875 million. Global venture capital players, Warburg Pincus and Balackstone Capital teamed up in 2007 to fund Kosmos Energy's offshore oil exploration activities in Ghanaian waters to the tune of $500 million.

Even more exciting is the convergence of other development themes, notably climate change, with this infrastructure for growth trend. Consider the Forest Carbon Partnership Facility (FCPF), which was launched by the World Bank and 9 donor countries in 2007, or the Congo Forest Basin Initiative. The former has a subscription of $160 million.

No one will deny that the direct impact of these projects on African development is merely speculative at present. But from an investment point of view, the new multi-stakeholder approach to development driven by growth-oriented infrastructural development is an unambiguously and undoubtedly powerful trend to be watched. Not least because it offers an amazing opportunity for shrewd investors eager for high returns on their African portfolios but equally concerned about the need to rationalise risk.

I should close with a tongue in cheek remark. Isn't it a bit odd that nowadays one must exert so much persuasive forces when convincing folks about Africa's investment positives? It is as if Africa is the last frontier to open up. The truth in actual fact is that in 1970, Africa attracted more FDI per capita income than all other regions in the developing world including Asia. In 1974, according to UNCTAD's FDI/TNC database results, a whopping 65% of all FDI was bound for Africa.

It has happened before. It can happen again. So: investors sitting on the wall, after you've looked, jump.

Bright is a Director at IMANI-Ghana , a think tank voted the sixth most influential in Africa this year by Foreign Policy Magazine.

Covid-19 Lockdown: Jubilee House Empty As Workers Told To Wo...
2 minutes ago

Lockdown: ‘Stop Choking Market To Stock Up Food, We’re Not ...
4 minutes ago