I Had 6 Embryos Implanted•Octuplets' Mom 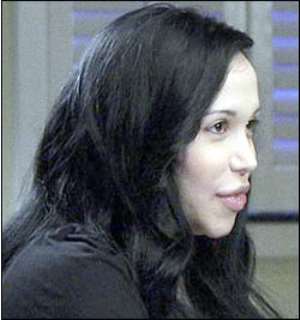 The mother of newborn octuplets says she had six embryos implanted in her fertility procedure — far more than industry guidelines recommend — and was well aware that multiple births could result.

"I wanted them all transferred," Nadya Suleman told NBC's "Today" show. "Those are my children, and that's what was available and I used them. So, I took a risk. It's a gamble. It always is."

"It turned out perfectly," Suleman added in a portion of the interview broadcast Friday.

Other portions of interview are scheduled to air next week.

The interview and public documents obtained by The Associated Press lifted the veil of secrecy in which Suleman shrouded herself after the Jan. 26 births.

The 33-year-old single, unemployed woman has been harshly criticized for having a fertility procedure and risking multiple births when she already has six children, ages 2 to 7.

With in vitro fertilization, doctors frequently implant more than one embryo to improve the odds that one will take. However, the U.S. fertility industry has guidelines suggesting, in general, that no more than two embryos be implanted for women under 35.

Experts say there is a small chance that embryos can divide, which apparently led to the octuplets.

Suleman said she had six embryos implanted for each of the previous in vitro procedures that resulted in her other six children.

"All I wanted was children. I wanted to be a mom. That's all I ever wanted in my life," she said. "I love my children.

In the interview, Suleman said she struggled for seven years before finally giving birth to her first child. According to state documents, Suleman told a doctor she had three miscarriages.

Another doctor disputed that number, saying she had two ectopic pregnancies, a dangerous condition in which a fertilized egg implants somewhere other than in the uterus. AP