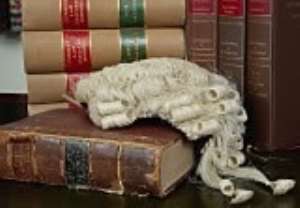 
The Omanhene of Gomoa Akyempim traditional area, Obrifo ahunaku Ahor Ankobea II, has called on lawyers to respect the works of the judicial and arbitration committees of traditional councils.

Obrifo Ahor Ankobea said to maintain peace in their areas; chiefs had been mandated to set up judicial and arbitration committees to facilitate the settlement of minor cases between their people.

Addressing a meeting of the traditional council at Gomoa Mampong near Winneba, the Omanhene expressed his concern about the manner in which lawyers showed disrespect for traditional courts by calling on the people seeking redress to withdraw the cases to the law courts.

He said such attitude was not only an embarrassment to chiefs but also delayed justice and inflated costs.

Obrifo Ahor Ankobea said alternate resolution mechanism was introduced to help decongest the courts with piled-up cases and added that the refusal of lawyers to allow cases to be settled by chiefs was thwarting the success of the mechanism.

The Omanhene urged Ghanaians to support President J.E.A. Mills and the government in their work.

He pointed out that a better Ghana could only be realized through hard work, and appealed to all “to put their hands to the wheel” and that, “there is no magic wand for development, so no one should sit on the fence”, he stressed

He appealed to her to do everything within her power to raise the people out of the present poverty level they have found themselves.

The Omanhene assured the minister-designate of the support and co-operation of chiefs in the area to enable her to discharge her duties.