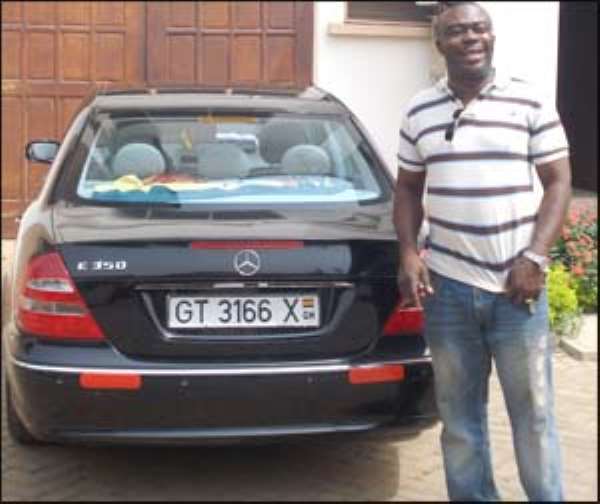 The investigative bureau concluded that Mr. Asamoah-Boateng was completely innocent of the charges and declared him a free man with the liberty to use the said vehicles as it turned out that they were his private properties genuinely acquired through legitimate means.

Jones Dogbe, a BNI official told DAILY GUIDE that the former Information Minister had no case to answer because the vehicles he was keeping were not the ones the bureau was looking for and that they only had similar registration numbers.

Asamoah-Boateng a.k.a. Asabee reported to the BNI office yesterday afternoon after he was invited to account for the ownership of a Mercedes Benz E350 with registration number GT 3166 X and a Peugeot 607 in his custody.

Mr. Dogbe explained that the vehicle they were searching for has the registration number as GT 3166 S and that it was mistaken for Asabee's car.

The Peugeot on the other hand had been legally sold to him through due process.

A number of officials had stormed his residence for the past couple of weeks claiming that the said vehicles belonged to the government and that he was illegally keeping them.

Indeed relatives and friends of Asabee who were seen near the vehicle had been pestered and told to hand over the cars as they were reportedly government cars.

In an interview with DAILY GUIDE, Asamoah-Boateng expressed surprise that the BNI could not check the ownership of the vehicles without creating an impression that he had stolen government vehicles.

He said he was not a thief and considered it as an embarrassment for reports to be spread that he had stooped low enough to steal a government vehicle.