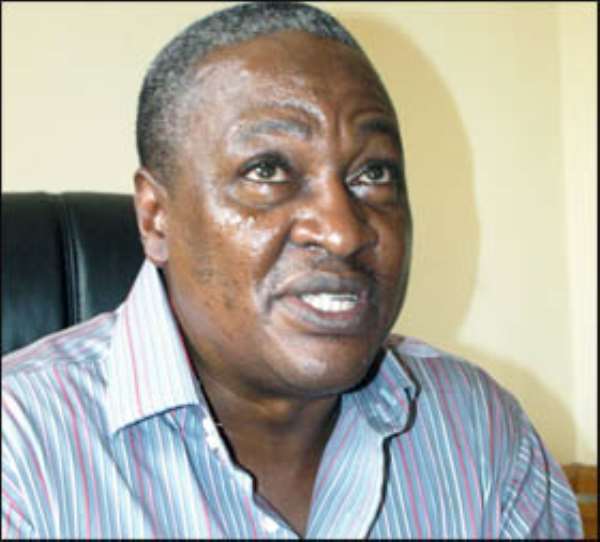 Veep John Mahama Even as he was in Addis Ababa, Ethiopia representing his boss at an African Union (AU) engagement, Vice President John Dramani Mahama has had his Four-Wheel vehicle burgled in Accra.

The Vice President's driver, perhaps in the company of others, last Friday visited the Papaye food joint on the Spintex Road where they bought five packs of takeaway rice and chicken.

After the transaction, they proceeded to a nearby Goil Fuel Filling Station where the burglary took place perhaps when the occupants of the vehicle all vacated the automobile briefly.

The daredevil burglars made away with a laptop and the five packs of takeaway rice and chicken bought from the nearby Papaye food joint.

DAILY GUIDE learnt that a report was made at the Airport Police Station where there was no detective available at the time to work on the case.

The Police Headquarters on getting wind of the story, DAILY GUIDE gathered, moved in and took up the case which is currently under investigation.

Laptops and other valuables attract robbers when they spot them in a car. The police have time without number advised motorists not to leave such valuables in their vehicles as they attract robbers who would employ all the tricks available to burgle into such cars.