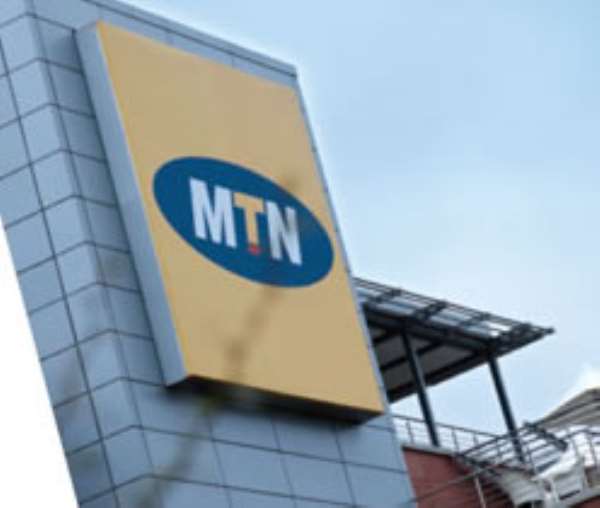 MTN Ghana is number nine in the top-ten list of fastest growing mobile phone companies in the Middle East and Africa (MEA) region.

The report released by The Mobile World, a market data and analysis company focused exclusively on the mobile telecommunications sector shows MTN Ghana at the ninth position with an additional 0.72 million customers.

The data shows that Egypt leads the pack followed by Nigeria and Kenya.

The report indicates that the ten fastest growing operators in the MEA region added over 12 million new customers in aggregate over the last three months which is an average gain of over 1.25 million subscribers.

Mobinil of Egypt produced the best result in the Middle East region, with 2.58 million net adds - more than it connected in the first two quarters of 2008 and nearly one million more than second placed MTN of Nigeria managed.

Vodafone Egypt was the fourth fastest growing company in the quarter, with 1.39 million new customers, while Etisalat Egypt, the country's new entrant, only managed a gain of 310, 000 customers to take the 28th position.

In the face of increased competition Irancell placed third and TCI Iran was fifth. These two providers added 1.55 million and 1.15 million subscribers respectively.

A third national mobile licence has however, been awarded recently to a consortium. This third competitor will have exclusive rights to offer 3G services. But observers of the industry do not think the exclusive rights would last, as that is the case in most instances where 3G licenses have been given to mobile phone operators elsewhere.

Zain remains the main competitor to Safaricom in Kenya, but its 0.65 million net additional customers in the third quarter does not fully offset the losses of 0.98 million customers it suffered in fourth quarter of 2007 and the first quarter of 2008. Meanwhile, the company's subscriber base is still down year on year.

AsiaCell of Iraq and MTN Ghana complete the list of top ten, with 0.76 million and 0.72 million customers respectively.

Report also noted that a further 22 separate businesses added more than 0.25 million new mobile phone customers during the quarter and these represent some 19 different markets.