Re: WRONG SIGNALS • Businessmen warn of talks about ailing economy 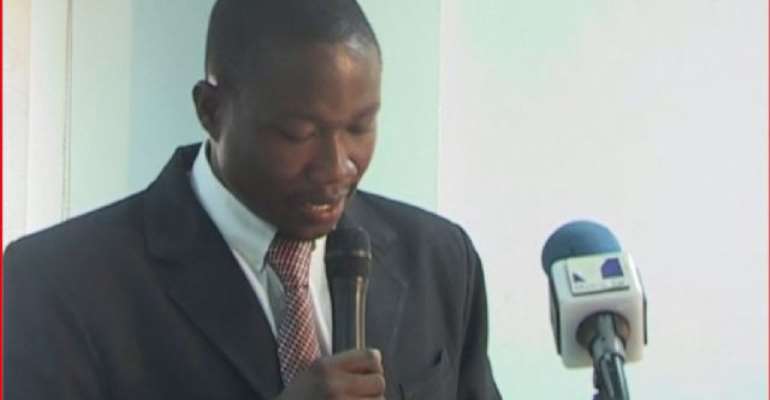 Businessmen warn of talks about ailing economy Your report on the above, which appeared on the front page of the Daily Graphic issue no17821 on the 22nd of January 2009, refers. I wish to dissent on the views expressed by Mr Tony Oteng Gyasi- President of the Association of Ghana Industries (AGI). To begin with, the following were highlights of his submission. That,

the budget deficit of the country is in excess of 10%, but the economy is not at the verge of collapse

The NDC government should concentrate on achieving its campaign message of hitting the ground running rather than making so much of a big deal about the economy being in crises. According to him, such an attitude scares away the investor community and demoralise the citizenry from maximising their productive forces.

A delay of any governments intention to review petroleum prices downwards can rectify shocks in the economy.

Based on the above, I wish to summit the following, Firstly, whilst I do not pretend to be an economist, it is my considered opinion, that it should not take an economist to comprehend the fact that an economy with a budget deficit in excess of 10% is suffering from dehydration and jaundice. A recent publication of the transitional teams sub-committee on the economy and the World Banks briefing of the president on the state of the economy supports this assertion. It must also be noted that the ongoing public outcry against the recommended retirement package for ex-presidents sterns from the state of the economy, which is in tatters.

Secondly, I fail to see how governments sincerity about the true state of the economy constitutes an obstruction to government promise of hitting the ground running. What do we expect from a government, which has been in opposition for eight years, to achieve within less than three weeks at the helms of affairs? I think that the government has hit the ground running and over spending by being able to put in place an able transitional team, announcing ministers, reviewing some ministries and realigning others, educating himself on the state of country and informing the citizenry as well within this limited period.

Thirdly, the claim that Ghanaians being candid with the true state of their economy is grounds to scare the investor community is a very wild assertion, which cannot be supported with recent happenings around the globe. The world has been witnesses to the world most powerful economies such as, the USA, Britain, Germany and their peers, openly announced their Bankruptcy and the indebtedness of their institutions. They are calling for international collaboration and help. That has not weaver the confidence of the investor community in them. In fact, the claim by Mr Gyasi that people are investing in the United States dollars, amidst happenings in the economy of the American federation, debunk his own claims that sincerity in ones economic standing scares investors. In 2001, the New Patriotic party led Government openly declared Ghana as being Highly Indebted and Poor Country (HIPC) and made NOISE about the disgraceful state of the Ghanaian economy, I do not think that deprived Ghanaians of investors for the last eight years of their administration.

I wish to opine that investment choices and actions are not based on statements made on the altar of politics unless businesspersons have become gambles. Genuine investors conduct research into the status of facilities they intend to put their money. The outcome of such surveys is what influenced them and not lies that the economy is doing well whilst it is ailing badly.

Additionally, the claim by Mr Gyasi that Ghanaians will work harder when they are deceived about the true state of the economy is fantastic. The opposite is true. Governments swear oaths to be faithful at all times to the people they work in trust for and this must be done independent of any fear of investor scare.

Moreover, the suggestion that government must not review petroleum prices must be rejected. The government of the day owe its electoral victory to its campaign message and promises. To the extent that government have reasons not to deliver on its mandate, it must be removed. Moving forward, we should encourage less spending and luxuries on the executive arm of government and refrain from the financial recklessness as has been immorally exhibited by the previous regime rather than working to ensure that governments do not fulfil their campaign messages to the electorate.

In conclusion, the last 8 years of our history has witness a lot of wealth stemming from the hard work of the masses, yet the sufferings and pains of the ordinary Ghanaian, the people whose efforts continue to generate these resources, are on the ascendancy. If we are concern about the extent to which poverty, disease and hopelessness are ravaging the bulk of our people beyond repairs, then we need Union heads, like the president of the Association of Ghana Industries, to be more nationalistic in character and resist the temptation of jumping to the defense and holding brief for party interest.