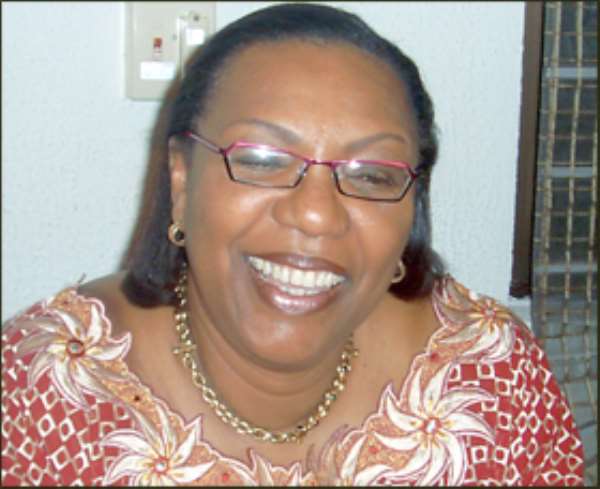 Mrs. Betty Mould-Iddrisu After 14 days of brain-wracking meetings and consultations, the office of President John Evans Atta Mills has released the first batch of what hopes to be his ministerial team to kick-start his four-year administration.

According to a statement issued at the Castle yesterday and signed by J.K. Bebaako-Mensah, Secretary to the President, 15 personalities have so far been nominated for consideration by Parliament for various ministerial appointments.

The list, which includes very few fresh faces, has been earmarked by the President to fill 10 sector ministries and five regional administrations.

Collins Dauda, who is still battling for the Asutifi South Constituency parliamentary seat, has been nominated for the Ministry of Lands and Natural Resources, while Ms. Hannah Tetteh, former MP for Ewutu and NDC Communications Director has been penciled down to head the Ministry of Trade & Industry.

The Ministry of Justice and Attorney-General is to be headed by Mrs. Betty Mould-Iddrisu, lawyer and wife of a former Minister of Defence.

Perhaps the only new face on the list is Dr. Oteng Adjei, for the Energy Ministry, while Mike Hammah, MP for Effutu has virtually been reappointed to head the Ministry of Transport where he had served as a deputy minister in the previous NDC administration.

The statement said nominations for other ministries and regions will be made in due course.

Even though it is not clear when the full list would be ready, many people expect that it would be complete before the end of the month, in fulfillment of the President's promise.

When President Mills officially took office a couple of weeks ago, he promised to pick a team of ministers based on their capabilities, but that may not entirely be true. The minister-designate for Education, Alex Tettey-Enyo, told the media in Accra yesterday that he lobbied effectively for the position.

He said even though he was confident he would be nominated, he could not sit aloof as many people were lobbying for the same position.

With six out of the 15 names being women, President Mills seems to be on the way to fulfilling his campaign promise that 40 percent of his ministers would be women. The appointments were made in accordance with Article 78 clauses 1 and 2 of the 1992 Constitution.

Don’t give me reason to close down schools again – Akufo-Add...
15 minutes ago