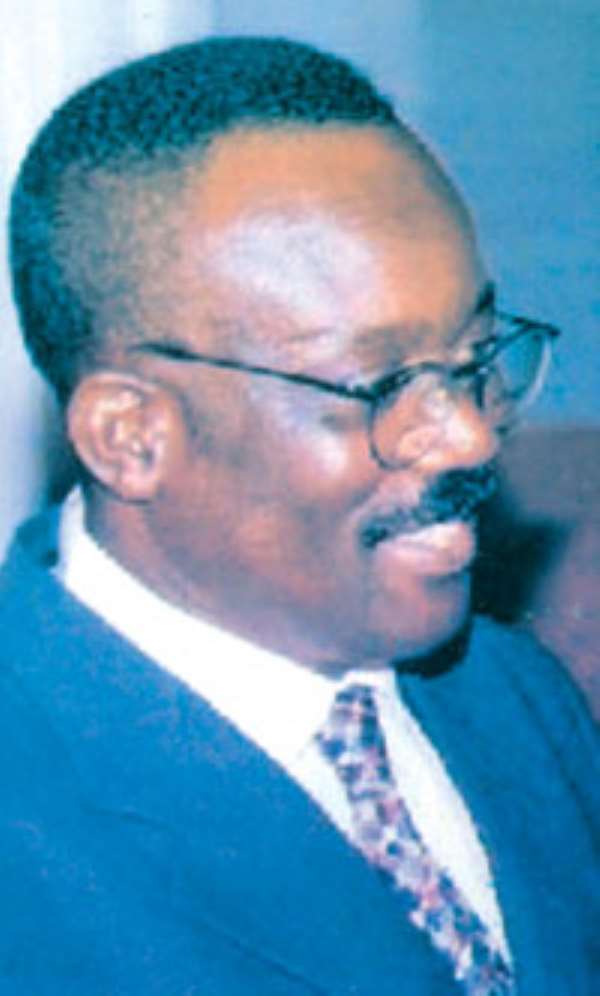 An audit conducted by accounting firm, Messrs Baffour Awuah and Associates at the instance of the Auditor General, Edward Dua-Agyemang into the records of Golden Gate Company Limited (GGCL), a Tema-based stevedoring company, of which a final report had been issued, has uncovered massive fraud and underhand dealings in the activities and operations of the company.

The report, which covered the period of March to September 2007, indicates that the financial operation of the company, which has been battling to settle its tax liabilities to the state, was fraught with serious irregularities and lapses. This has culminated in the failure of Management of the company, headed by Mr. Bennett Aboagye, its Managing Director to account for a total amount of US$ 1.650,913.00, ∏56, 000.00 and GH¢291, 600.51 respectively.

The equivalent of the amounts involved, at the current exchange rate in the new Ghana cedis, stands at a whooping GH ¢2.437, 618.07.

In the process of the audit, the report noted that it became evidently clear that there were virtually no internal systems in place, stressing that “financial policies, accounting procedures and proper books of account and proper accounting records, among others, required for efficient and effective performance and financial operations and proper keeping of the company were absent.”

Besides, the report noted that the provisions of the Companies Code of 1963 (Act 179) and the GGSL regulations were violated. The auditors noted that the breaches of the GGCL regulations and the Companies Code, as well as the apparent absence of financial policies and accounting procedures manual, as well as failure to keep proper books of account and accounting records, among others strongly suggested that “there were serious deficiencies and absolute lack of transparency in the financial operations of GGSL.”

It was also detected that the management of GGCL did not issue official receipts for monies received from some companies and other sources such as proceeds from the sale of foreign currencies to companies like Index Link, Ecoplast, Eco-Air limited and others.

The Auditors thus noted that “the practice of not using official receipts to cover monies received from companies and other sources do not only breach the provisions of the Companies Code, but can also lead to manipulation and perpetration of fraudulent acts, including the embezzlement of company's fund.”

In the course of the investigations, the Auditors uncovered that four officials of the company- Messrs. John Evans Adjei, Robert Bortieh, Lawrence Atale and Allan Ofosuhene collected a total amount of $96,531.00 - covering the period of August 14, 2002, to May 16, 2006.

The amounts involved were, however, not recorded in the company's incoming cash/cheques register, since the Auditors did not sight any documentary evidence to indicate how the listed collections were accounted for.

Management of the company could also not produce any documentary evidence to account for the total amount of $96,531.00 collected by the four officials.

In the absence of any documentary evidence to confirm that the amounts collected were brought to account, and paid for into the bank account of the GGCL, the Auditors have recommended that the total amount of $96,531.00 should be recovered from the four officials involved.

Management could, however, not produce deposit slips and bank statements to confirm that the money was actually paid into the bank accounts of the company.

Similarly, the investigations revealed that for the period September 2002 to December 2007, a total amount of ¢596,346,600.00 was allegedly lodged into the bank accounts of the company. However, Management could not provide the names of the receiving banks and the relevant deposit slips and the bank statements to confirm this.

In this case, the Auditors recommended that “in the absence of documentary evidence to confirm the lodgements, the total amount of ¢596,346,600.00 should be recovered from Mr. R.S.L Engmann, the Commercial and Administrative Manager, who is also the officer in charge of accounts.

Meanwhile, the two individuals who have been implicated in multiple complicity by the audit report, Messrs. Bennett Aboagye and Rudolf Engmann, Managing Director and Administrative Manager respectively, have sought to ridicule the report since according to them, there are a whole lot of 'holes' in the report.

In separate interviews with The Chronicle, the two individuals described the report as boogie and bogus. “I've been to Mr. Agyemang Dua himself and I've told him about the problem, that we had lots of evidence to give, they refused to do it because they had an agenda”, Mr. Aboagye noted.

On his part, Mr. Engmann said the report was not discussed with him, stressing that “I have a whole lot of response to give if they have discussed it with me earlier, you know most of those things would have been resolved”, he noted.

The report emanated from the instructions of the Auditor-General, Edward Dua Agyemang, who was acting on a request by the then Minister of Ports, Habours and Railways, Professor Christopher Ameyaw Akumfi, following a disagreement between the Managing Director of GGCL, Bennett Aboagye and his Deputy, Osei Sarfo-Bonsu, over the finances of the company.