Citizens Vetting C'ttee Is Back 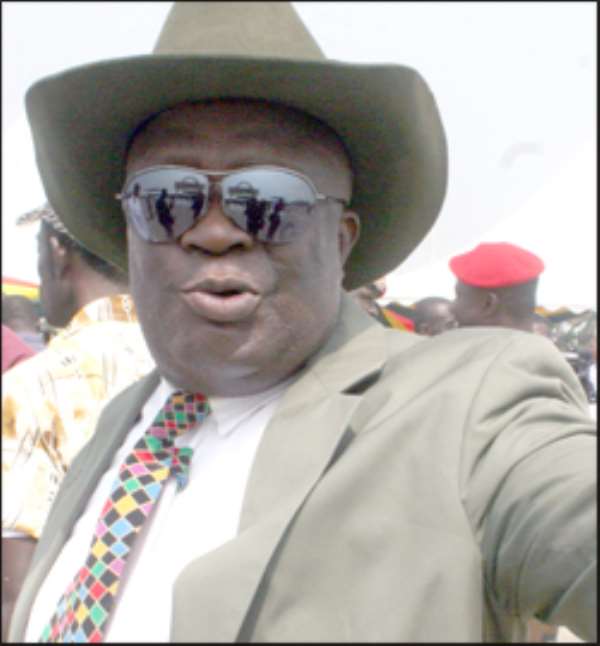 Kofi Wayo The ongoing handing-over process, part of the transition arrangement, is now wearing the garb of the dreaded Citizens Vetting Committee (CVC) of the PNDC regime, with top managers of public utility entities and other state agencies receiving threats as they make appearances before sub-committees.

Although not known to be part of the transition committee, Charles Kofi Wayo, a self-acclaimed energy expert, has reared his head in the Energy Sub-Committee of the exercise, howling threats like “you people, I'm gonna sack you all” to top officials of the Electricity Company of Ghana (ECG) when they made an appearance before it.

The top echelon of the ECG, including its Managing Director, was summoned to appear before the sub-committee to ostensibly engage the subsidiary body's members in a discussion about this important subject of the economy.

The engagement turned out to be a querying exercise by the supposed energy experts.

The engagement, DAILY GUIDE learnt, was reminiscent of the CVC regime where those who appeared before it were considered defaulters of management ethos and handed down outrageous jail sentences.

Mr. Kofi Wayo has been busy these past few days as he appeared to be hopping from place to place chasing supposed skeletons in the cupboards of New Patriotic Party (NPP) administration.

He was said to have gone to the Lands Commission to seek documents covering supposed government land purchases by former NPP office holders.

Not knowing his capacity for making such demands on the officials at the Commission, the former Chicago resident was snubbed, and asked to rather make his demand from 1982.

He left the location with nothing in his hands to perhaps nail his former NPP friends, only to appear on Asempa Fm, an Accra-based private radio station, issuing threats.

According to Kofi Wayo, he was giving all ex-appointees two weeks to return all state property in their possession or risk jail terms of about 20 years.

Also playing a role in this segment is Kobby Acheampong, who also issued threats to ECG officials with 'don't annoy me' refrain.

Although barred from partaking in anything pertaining to sports administration for a certain period, Ade Coker has also bounced back in the fold of a sub-committee, managing the sports segment of the transition.

Mr. Coker is said to have demanded contract and documents signed by the Ghana Football Association (GFA) in respect of sponsorship and others.

The GFA is one body whose President is chosen by a congress of the soccer fraternity in Ghana and for it to be subjected to the kind of queries posed by the sub-committee is outlandish, according to a sports observer.

DAILY GUIDE   has also learnt that the National Olympic Committee membership has over-looked an invitation to appear before the sub-committee because it finds the invitation unusual since according to one of them, theirs is a continuous exercise involving no handing-over procedure.

Even before Ghanaians chose who their next President was going to be through the ballot, the skeletal form of a transition team was in place to manage the metamorphosis.

Soon after the verdict was known, both sides of the political divide chose the membership of their teams to manage the rather difficult procedure.

With the sub-committees taking the form as contained in the foregone and some organizations even refusing to cooperate, the country might be in for a certain degree of ado.

The memories of the CVC evoke fear in Ghanaians who made direct appearance before the military-managed vetting exercises, characterized by slaps as they answered questions posed to them.

The ongoing quizzing is without such physical assaults but could be counter-productive if not managed properly in the face of threats of dismissals by persons like Kofi Wayo.