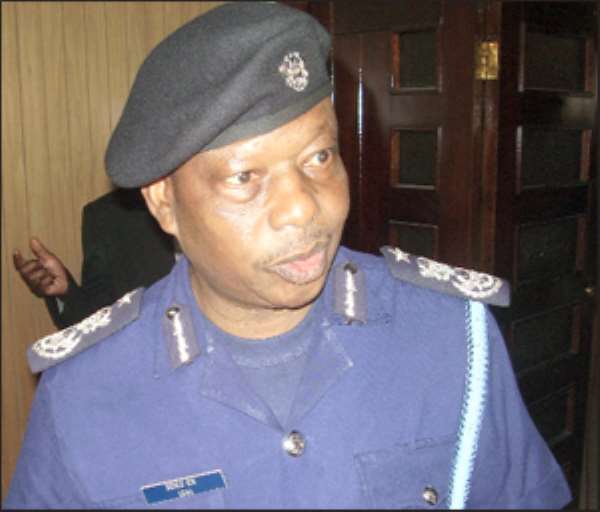 Emmanuel Doku - CEPS Boss THE SUPREME COURT, on February 4, 2009, will give its ruling on whether the Customs, Excise and Preventive Service (CEPS) is a security service whose workers cannot join or form a trade union.

The judgement was scheduled for yesterday but the five-member panel presided over by Justice William Atuguba, for some reasons, adjourned the matter to the said date.

CEPS, last year, filed a writ at the court to seek interpretation as to whether the scope of application of the labour Act 2003 applied by the National Labour Commission (NLC) to cover CEPS was inconsistent with Article 24 (4) of the 1992 Constitution.

The interpretation followed an order applied for by the Labour Commission at an Accra High Court, which compelled the management of CEPS, to negotiate conditions and terms of employment with the Public Services Workers Union (PSWU) local branch, which had been certified by the Chief Labour Officer as the bargaining agent for CEPS workers.

The Commission had earlier ruled that CEPS was not part of the security services because it was not listed as such under Section 1 of the Labour Act which excludes from its scope of application the Armed Forces, the Police Service, the Prisons Service and the security and intelligence agencies specified under the Security and Intelligence Agencies Act (Act 526 1996).

The commission was basing its argument on article 24 (3) and (4) of the 1992 Constitution which gives “every worker the right to form or join a trade union for the promotion and protection of his/her economic and social interests except that restrictions necessary in the interest of national security public order may be prescribed by law”.

CEPS is arguing that the collective bargaining certificate issued to the local branch of PSWU dated March 20, 1989 was void and of no effect.

In its writ, CEPS stated that it was a national security and therefore could exercise the powers equivalent to those of the Police in addition to collection of duties and keeping national borders safe.

The service argued that the fact that the Security and Intelligence Agencies Act has not mentioned CEPS as a member of the security and intelligence agencies does not mean that it cannot be deemed to be a member by inference.

In response, the National Labour Commission argued that if Act 526 deemed it necessary to include CEPS as one of the security organisations, it would have clearly stated that.

The Commission observed that PNDCL 330 which provides officers of CEPS with the same powers, authority and privileges as given by law to police officers, does not make CEPS a security organisation. The import of that provision is limited to the performance of CEPS officers in their day-to-day duties.

In its statement of claim, the Public Services Workers Union, as an interested party, argued that if Parliament intended to include CEPS as an intelligence agency it would have expressly stated so, but having failed to do that the Court cannot be made to fill the gap.

The PSWU invited the court to hold that CEPS is not an intelligence agency and there is no clear purpose to be fulfilled by extending the exception under Section 1 of the Labour Act to cover CEPS.