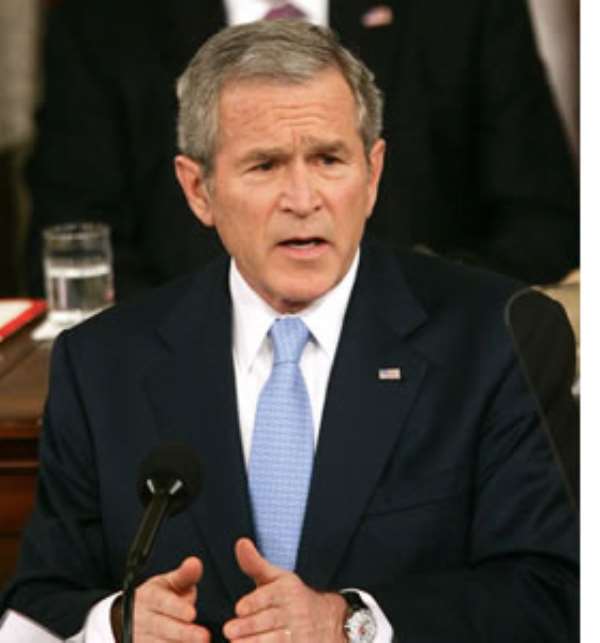 A week before he leaves office, President George W Bush bestowed the honour on Mr Blair for his work to "improve the lives of citizens".

The president praised Mr Blair and thanked him for his "staunch" support for the US after the attacks of 9/11.

Making the award, Mr Bush described Mr Blair as his "staunch friend" and thanked him for his public support for "freedom and liberty" in the immediate aftermath of the 11 September, 2001 attacks.

"I knew that when either of us gets in a bind, there will be a friend on the other end of the phone," he said.

"My friend was there indeed when America was attacked on 11 September.

"He was there in a moment of trial to affirm the special relationship between the US and UK and he was there to show America and all nations that he understood the stakes on the war on terror."

Before he received the award, Mr Blair dedicated it to "the true courage of the men and women of the British armed forces who have safeguarded freedom, democracy and human rights around the globe, thanks to their heroic service and sacrifice".

Established in 1963, the Medal of Freedom is the highest civil award in the US. President Bush has handed out 78 during his eight years in power.

It has been reported that Mr Blair may also use the Washington visit to collect his long-delayed Congressional Gold Medal of Honour, which was awarded to him in 2003.