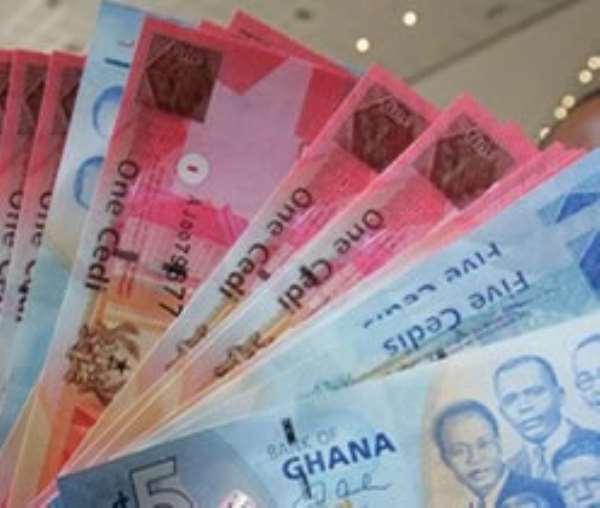 The cedi depreciates to the UK Pound, the Euro and Dollar on Friday but gained slightly against the CFA pushing up the Gold Coast Security (GCS)-Cedi Index by 0.49 points.

The Index, which measures the average performance of the cedi against its major trading currencies, went up at 120.37 points from 119.89 points on Thursday.

The Pound, the Dollar and CFA recorded a year-to-date depreciation of 5.94 percent, 1.28 percent and 0.28 percent respectively. It showed a 0.29 per cent year-to-year appreciation against the Euro. The Index change for the year to date and change base year (July 03 2007) to date now stands at 1.61 per cent and 20.37 per cent respectively.

The Index is calculated as a geometric weighted average of changes in the four currency rates against the cedi at the Inter-bank market, relative to a base of 100 set on July 3, 2007, when the Bank of Ghana redenominated the national currency at a base value of 100. It is inversely proportional.

The following are the exchange rates for the four currencies on Friday, January 9, 2009.