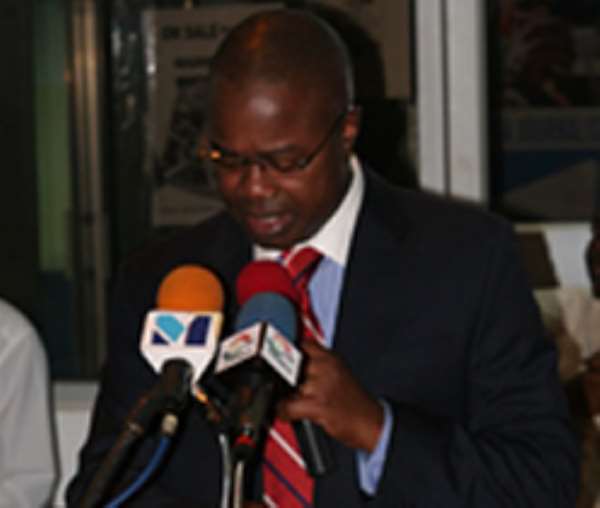 The company will sponsor 100 journalists yearly for refresher courses to sharpen their skills. The full cost of the training will be borne by the company. Mr. Cofie said, “we shall bear the full cost of a refresher training aimed at refocusing your priorities to take account of the broader needs of society.”

He said the areas to be covered are health, education, environment the economy, and politics.

Beneficiaries of the programme would be selected from all media organizations in Ghana, but qualification to take part he said would be limited “to those who have demonstrated high standards of professionalism, and the potential to win local and international awards.”

Mr. Cofie however in commending the media for a good job done, especially during the 2008 elections, lamented the falling standards in journalism practice in Ghana.

“Given that by the nature of your profession, you are entrusted with empowering the citizenry to make informed decisions, it is imperative that you relentlessly pursue fairness and truth in your reportage,” he said, and reminded journalists that “indeed, anything short of that amounts to you imposing your will and desires on the people you profess you want to serve.”

“Unfortunately, there are also those who choose to remain recalcitrant about the need to build a professional press as we strive towards becoming a middle income economy,” he said these group of journalists, “have chosen to turn a deaf ear to calls from well-meaning Ghanaians across the social strata to pursue the tenets of your profession.”

He called on journalists to hold themselves accountable to the same codes they hold others to.

In his remarks, the president of the GJA, Mr. Ransford Tetteh also congratulated the media in Ghana for doing a good job during the elections, but cited attempts by a few journalists to create turmoil in the country through false reportage.

He also called on Ghanaian journalists to adhere to the code of conduct of the association and attain high professional standards.

Mr. Tetteh announced that very soon the GJA would become part of the Ghana Association of Professional Bodies.

The annual soiree is an interactive event between the media and Unilever which has been going on for over two decades.

Present at the event were senior management of Unilever, GJA executives and some veteran journalists.

NPP may lose 2024 elections if Bawumia is imposed as flag be...
16 minutes ago

Keep quiet and concede defeat because you couldn't perform —...
26 minutes ago