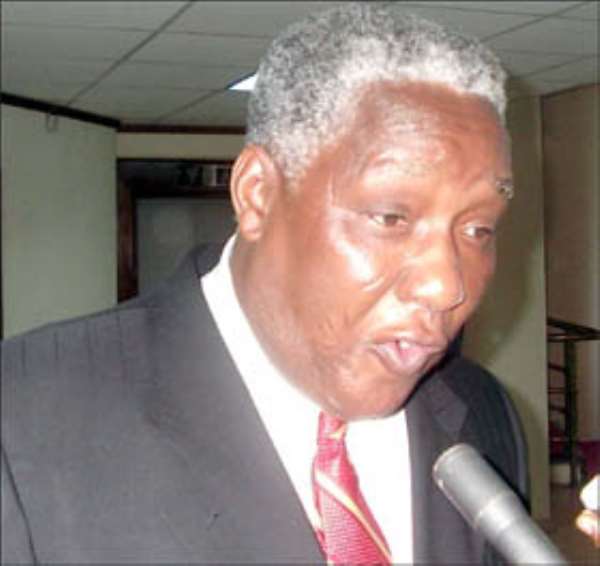 E.T Mensah EVEN BEFORE President John Evans Atta Mills names his cabinet for the next four years, speculation is rife that Enoch Teye Mensah, Member of Parliament for Ningo Prampram and a former Minister of Youth and Sports would be nominated for the position of Minister for Sports.

DAILY GUIDE SPORTS gathered that the newly elected National Democratic Congress (NDC) government would create a separate Ministry for Sports and combine it with the Youth portfolio as was the case during former President Rawlings' eight-year regime.

This paper gathered that the wealth of  experience of the Ningo Prampram MP puts him way ahead of other NDC gurus who are in contention for the ministerial portfolio.

Similarly, President Atta Mills, a former director of Accra Hearts of Oak and a sports enthusiast would prefer experienced hands to steer the affairs of Ghana sports especially football.

Since he plays a major role in the NDC party and as well has passion for sports, some top-notch NDC faithful prefer the MP to control the sports ministry.

A former Hearts of Oak player, E. T. Mensah would be very happy to get the nod again as the Minister of Sports.

During his tenure as Minister of Sports, Ghana successfully co-hosted the African Cup of Nations with Nigeria in 2002 where the Black Stars lost 0-1 in the quarter finals to South Africa.

The nation again hosted the African Under 20 championship in 1999 where the Black Satellite won 1-0 against Golden Eaglets of Nigeria in the finals.