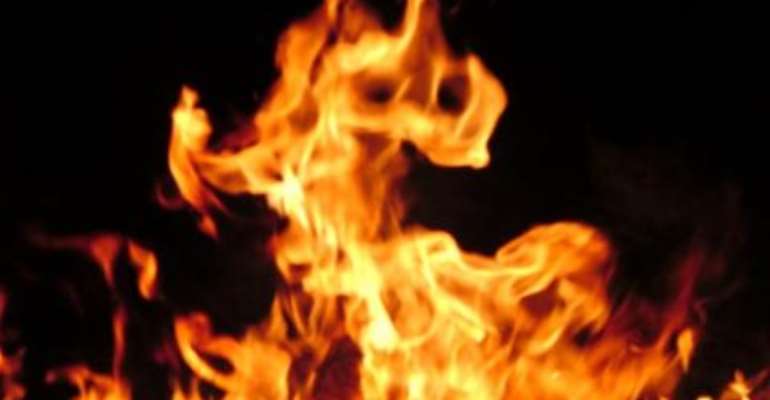 A fenced yard near the Driver and Vehicle License Authority (DVLA) in the Tema industrial area caught fire on Monday morning and it took personnel from the Ghana National Fire Service (GNFS) and the Tema Oil Refinery three hours to bring the blaze under control.

The cause of the fire, which started around 1130 hours, is yet to be known.

Station Officer Ebenezer Tagoe of the industrial area branch of the GNFS said GNFS was yet to identify the owner of the yard and what the premises were used for but they found vehicle tyres, pallets and metals.

When the Ghana News Agency visited the scene at 1400 hours, two fire tenders from the GNFS were spotted battling the blaze and a thick black smoke hung over the area.

Mr Daniel Sarppoh, an eyewitness, said they called the GNFS when they saw smoke emanating from the yard.