The true identity of NDC 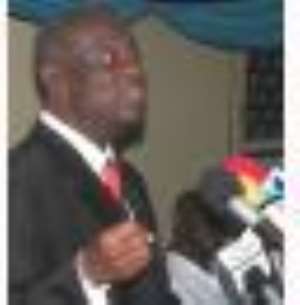 Listen to article
Many at times all of us try to let the individual know our true identity but it is really difficult to convene who we are. The NDC through their general secretary Mr. Asiedu Nketia, on live programme on peace FM radio station on 26th December 2008, educate all Ghanaian about the true identity of the NDC. He made us to understand that the NDC has a majority seats in parliament and hence, they control parliament and any attempt to vote for the NPP will be dangerous. The logic according to him, no policies from the ruling government could be passed, and the Country will be standstill for four years. The Military might be provoked to intervene. He also made his listeners including myself, to understand the standing orders of our parliament and what makes our parliament to be called a rubber stamped.
Any one who listens to Mr. Asiedu Nketia live will appreciate and understand the true identity of the NDC and thinking of the party.
It is quite funny and strange for someone seeking my vote and always claiming to be socialist to make these revelations. The fact of the matter is that, the NDC as a party is not a socialist party, because I lived in Country where socialist party really exists and in opposition but the pronouncement is contrary to socialist party. The NDC according to Mr. Asiedu Nketia will not support any policies from NPP lead government to protect the poor, the sick, the physically handicap etc, and such a government will have to rule only under national emergency as the NDC will control the parliament with their bad motives. The NDC controlled parliament too cannot impinge the president because they have no such majority in the parliament to do so.
Any well meaning Ghanaian who listened to the true revelation of the NDC thinking of Ghana will not be wrong to also conclude that, the NDC is not concern about the welfare of Ghana, and is more than prepared to make Ghana a standstill country such as Kenya, Ivory Coast as mentioned by him.
It is quite pathetic for a party with more seats in parliament to make these revelation live on radio station and turn back to tell us they care for the ordinary Ghanaian, therefore, we should give them our mandate to governed us. On the contrary, if all that was said about the standing orders of our parliament is not for political expediency, then, we have a problem with our parliament and members of parliament do not deserve to be called honourable. As a Ghanaian who is not a member of any political party, I am compelled by the love for our mother land, will entreat anyone who reads this piece to appreciate that NDC have nothing good to offer us. The NPP have their problems but on the balance, we stand a better chance for development under NPP.
This well articulated live radio programme by Mr. Asiedu Nketia is indeed, the true identity of the NDC as a party and cannot be change if we make the mistake in voting for them to rule us. I entreat all to be careful and peaceful on the 28th December, 2008, because our live is precious than any of the two political parties.