Oil prices fall below $40 on fears of weaker crude demand 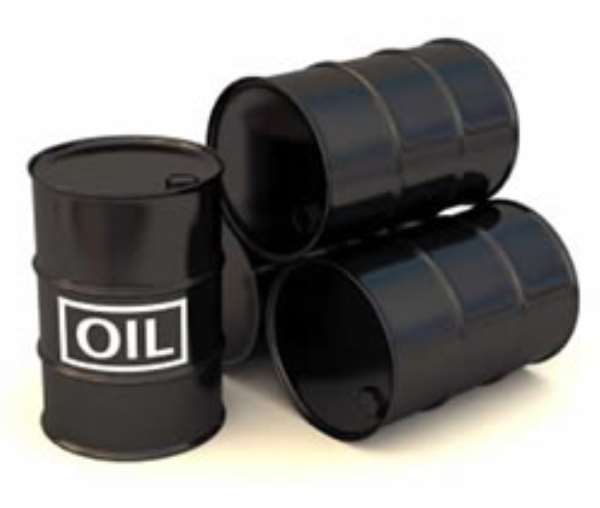 Oil prices fell Tuesday in Asia, adding to a sharp drop overnight, as concern that energy demand is evaporating in the face of a severe global economic slowdown sent crude below $40 a barrel.

Light, sweet crude for February delivery fell 64 cents to $39.27 a barrel in electronic trading on the New York Mercantile Exchange by midday in Singapore.

Prices have fallen 73 percent since July on investor fears that massive job layoffs and plummeting consumer spending in the U.S. are weakening global oil demand.

The January contract fell to nearly a five-year low at $33.87 a barrel before expiring on Friday.

“Fears of demand are dragging the price lower,” said Toby Hassall, an analyst at investment firm Commodity Warrants Australia in Sydney, adding that it was hard to bet against a worried market. “You don't want to get in the way of runaway train.”

Walgreen's said profit fell 10 percent in its fiscal first quarter, while Toyota slashed its earnings forecast for a second time, warning that it now expects to post an operating loss for the fiscal year through March for the first time in 70 years.

The Dow Jones industrial average fell 0.7 percent Monday, the index's fourth straight day of losses. Oil investors have looked to stock markets as a barometer of sentiment toward the economy.

“What we may have to see before oil prices really carve out a bottom is evidence that crude inventories have stopped rising or a sustained rally in equities,” Hassall said. “The focus of the market has been almost purely on the demand side.”

Hassall predicted prices could fall as low as $25 a barrel next year before rising to as high as $60 if the global economy recovers in the second half.

“Prices could dip into the 20s for a time, and then there will likely be fairly choppy, sideways action in the first quarter,” Hassall said.

OPEC said last week it would slash production by 2.2 million barrels a day, its largest cutback ever, adding to a 1.5 million output quotas reduction in November in a bid to stem the rapid price decline.

Chakib Khelil, president of the Organization of Petroleum Exporting Countries, said Sunday the group was willing to cut production as much as necessary to stabilize oil prices. Khelil also said the market needed time to absorb previous cuts.

“It will take time for output cuts to flow through, but there's some doubt about whether there will be full compliance,” Hassall said. “I wouldn't be surprised if OPEC cut again in January or February. There's been quite a significant demand side deterioration.”

In London, February Brent crude fell 42 cents to $41.03 a barrel on the ICE Futures exchange.