By The Punch, Nigeria 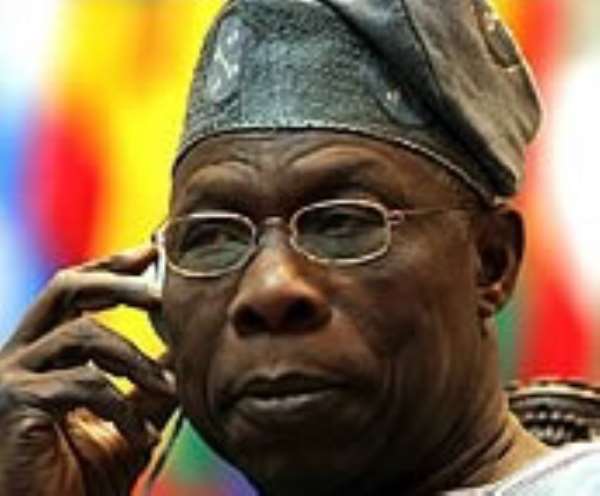 Oshiomhole spoke at the inauguration of the Journalists Rendezvous, a multifaceted facility built to provide relaxation for journalists and sited beside the Nigerian Compass Newspaper premises in Ogun State.

Recalling his 18 months' ordeal to regain his mandate, he said there was the urgent need for the media to intensify its voice to redeem the current state of the nation's electoral system. He said Obasanjo and the leadership of the Peoples Democratic Party had used the electoral system to satisfy their interests rather than respecting the electoral wish of the people.

”What Obasanjo has done to our electoral system is such that overides the people's will and imposes candidates on them. For instance, we should stop confusing what happened in Jos recently as a religious issue because what happened was that the people resorted to the use of violence, being the only option available to them, to protest some candidates that were being imposed.

”Things like that should not be allowed to happen in our society. That is what happens when the rule of law is not allowed to have its course. Even some of my brothers (governors) have had to learn their lessons the hard way from Obasanjo. The will of the people should be respected. If we cannot at least elect our own leaders, then what can we do? Ghana did it and we can do it too once things are done the proper way.”

The governor, who was thereafter spotlighted as the first guest on Media Eye-ball, a live television interview with top media practitioners at the Journalists Rendezvous, spoke on the pressure he had been under in terms of appointing his cabinet.

Stating that he would work with competent people, irrespective of their political leaning, he added that such persons had to merit the positions to which they are being fixed.

'Visit our lands again and we'll visit mayhem on you' — Chi...
13 minutes ago