Rwanda genocide perpetrator gets life in prison in Sweden 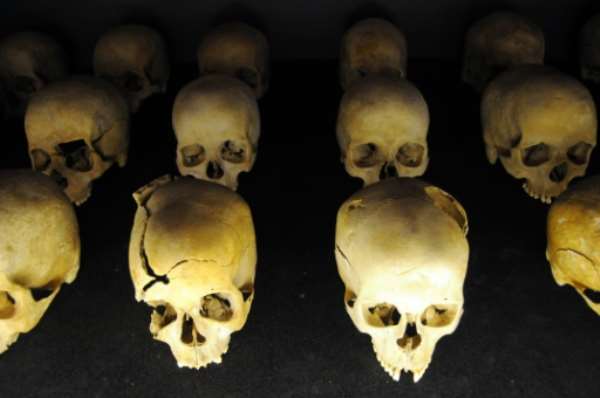 Stockholm (AFP) - A Stockholm court on Monday sentenced a Swede of Rwandan origin to life in prison for genocide and war crimes for his involvement in the 1994 massacres.

In 2007 a Rwandan court sentenced him in absentia to 30 years behind bars, and authorities later tracked him down to Sweden, where officials opened an inquiry.

Basing its decision mainly on the testimonies of survivors, the Swedish court said Berinkidi had a commanding role and took part in five attacks in April and May 1994, including an assault in the Nyamure hills that killed thousands of civilians.

"While the genocide took place 22 years ago, this category of crime is so grave that the sentence should be life in prison," the court said in a statement.

Berinkidi, who was also ordered to pay compensation to Rwandans whose property was damaged, is the second Swede of Rwandan origin to be sentenced over crimes committed during the genocide.

Stanislas Mbanenande was also sentenced to life in prison in 2014 for his role as a low-level commander.

According to the United Nations some 800,000 people, mainly minority Tutsis, were killed in the Rwandan genocide, which began after the assassination of Rwanda's Hutu president Juvenal Habyarimana in April 1994.

Rwandans have also been sentenced in the United States, Canada, Finland, Norway, the Netherlands, Switzerland and France for their role in the killings.