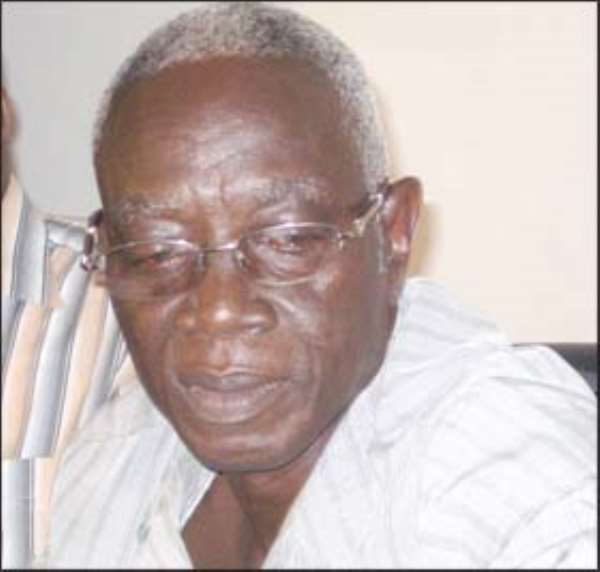 Dr Afari Gyan The Electoral Commission (EC) has reminded students who transferred their votes to their campuses ahead of the December 7 general elections that those transfers still hold for as long as they are not cancelled.

It therefore reminds the affected students that even though they are now on vacation, they can only vote at their original polling stations in the up-coming presidential run-off on December 28, 2008 if they cancel the transfers they did.

A press statement signed by Christian Owusu-Parry, acting director at the Public Relations department of the EC, therefore asked the affected students, who wish to vote at their original stations to do the transfer cancelation by close of work on Friday, December 19, 2008.

The statement stressed that students who fail to cancel such transfers will have their names on the absentee voters' list at their original polling stations and would therefore not be allowed to vote at those stations.

According to the EC, the essence of the cancellation exercise is to ensure that no Ghanaian is disenfranchised, and noted that students who are sure of remaining on campus during the vacation need not cancel their transfers since their name will remain where they voted on December 7, 2008.

It is recalled that, a large number of students, particularly at the tertiary and university levels, transferred their votes to their campuses ahead of the last elections, to the extent that it raised eye brows in certain areas, particularly as many of the transfers could not go through successfully.

The presidential run-off became possible due to the failure of the any of the candidates to poll the required number of votes to be declared duly elected as president.  By Bennett Akuaku