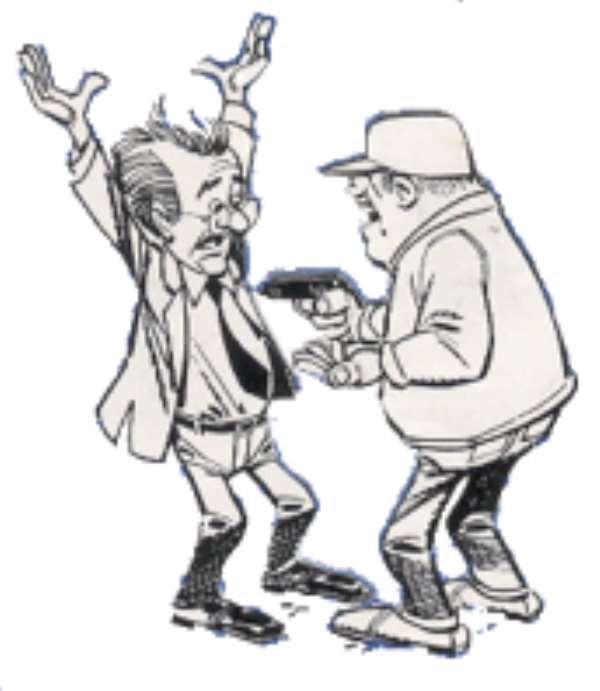 in Tema township, saving the lives of their victims.

The robbers, however fled leaving their weapons

and dresses behind but the 28-year old Nigerian driver

of a taxi cap, with registration number GW 1615 Z, which had been waiting to transport the booty was apprehended and is in police custody.

He said the alarm raised by the shop owners brought all of them out while a police vehicle which was passing by also stopped at the scene and battled it out with the robbers.

Sensing danger the two robbers abandoned their operation, forced open the main gate to the stores and escaped and the driver who was still waiting sped away.

He also abandoned the taxi, painted in black and yellow colour and embossed with S976/GW but was apprehended after a chase by the police and the people around.

smock and a shirt.
In another development, the Commander said the timely arrival of the police averted a robbery attempt

at the Mighty Power Company at the Free Zone enclave.

There were no casualties during the two robberies.

of any crime assuring of protecting their identities, noting that the fast information released to thepolice prevented the robberies.

Be strong — Isaac Adongo consoles Bawumia with a cow for mot...
41 minutes ago