Akufo-Addo thanks Ghanaians for voting for NPP 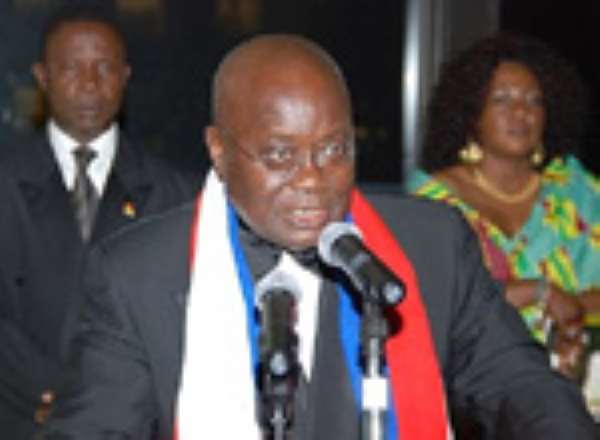 He appealed to the electorate to vote for him in the presidential run-off on December 28, to enable him to ensure equitable distribution of the “National Cake” to move the country forward.

Nana Akufo-Addo said these when he interacted with fishermen, fishmongers, traders, and artisans at Winneba, Agona Swedru, Mankessiem and Cape Coast, during his tour of the Central Region on Saturday.

He appealed to the electorate in the region to retain the NPP in power to enable it to continue with the good works of President John Agyekum Kufuor.