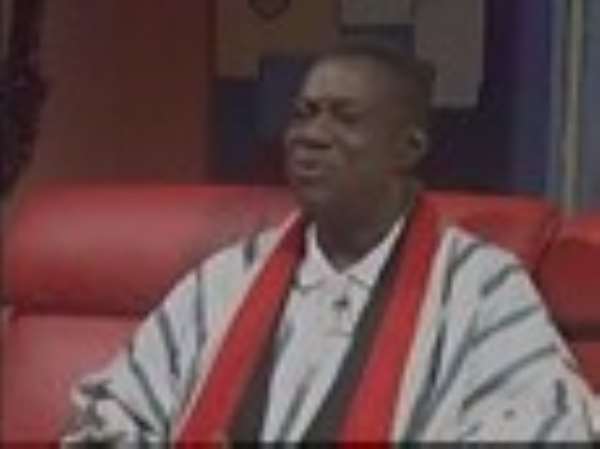 
Pollster and Editor-in-Chief of the Daily Dispatch newspaper, Ben Ephson has predicted a win for the presidential candidate of the opposition National Democratic Congress (NDC) in the upcoming election run-off.

According to him, he would be very much surprised if Prof. John Atta Mills does not win the forthcoming run-off slated for Sunday December 28, 2008.

Mr. Ephson who is well-noted for election predictions in the country made this claim on TV3's 'Sunrise' programme yesterday.

He recalled how Nana Addo made an appeal to Prof. Mills for him to concede defeat in the run-up to the run-off of the 2000 elections in order to save the nation the cost of running another election, considering the fact that the NPP had a majority in Parliament at the time. For him, this immensely contributed to the NPP's win in the 2000 elections.

The December 2008 polls left Ghana undecided on who becomes the next President since none of the two leading political parties were able to obtain 50% of the total votes required by the 1992 constitution.

Another twist was the parliamentary polls which presented a rare combination, generating heated debates as to which party constitutes the majority in parliament.

Meanwhile, the opposition NDC has managed to secure 113 seats out of the 230 Parliamentary seats while the NPP polled 109 seats with the PNC fetching only two seats.

Dr. Nduom's CPP managed to grab a single seat with four seals falling into the hands of independent candidates. One other constituency is yet to be declared.

According to Dr. Arthur Kennedy, the communication Director of the NPP campaign team it would be difficult for the NDC to control Parliament since most of the independent candidates would lead their support to the NPP stressing with optimism that at least two of the three disputed constituencies would go in favour of the NPP.

However, Campaign Coordinator of the NDC, Mr. Alex Segbefia fiercely rejected this claim on the basis that the NPP cannot determine the party these independent candidates would support.

Meanwhile, Political Scientist and member of the Institute of the Economic Affairs (IEA). Dr. Kwesi Jonah has asked both parties to brace themselves to cooperate with each other in the administration of the country for the next four years