CHRAJ REFUSES TO HANDLE GHANA2KPLUS CASE… But shocked petitioner will pursue matter in court…. Says it is administrative injustice 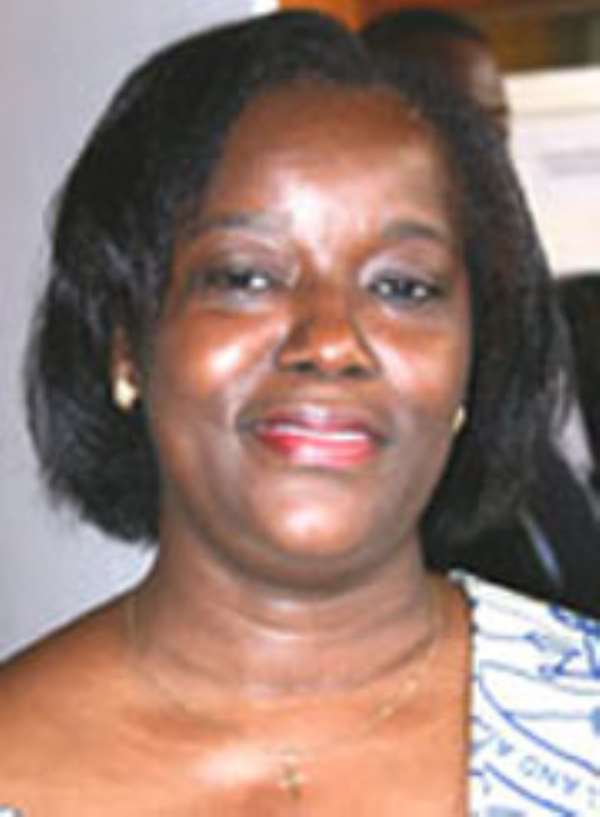 THE COMMISSION on Human Rights and Administrative Justice (CHRAJ) has declined jurisdiction in a case in which Mr. B. O. Boateng, Managing Director of Agrocomotel Limited, a business and communications consultancy, petitioned it to compel the Government of the Republic of Ghana, to grant ownership of the Ghana2kplus project, and the Ghana Official Handbook, and other initiatives of Agrocomotel Limited.

The Commission said it cannot handle the case, because it does not fall within its mandate, to the amazement of the petitioner.

”The Commission does not have the mandate to investigate either pure contractual agreement that you (the petitioner) is alleging have been breached, or matters involving the dealings and relations of the Government of Ghana and other Governments,” Mr. Joseph Whittal, Director (Legal and Investigation) of the Commission, said in a letter, with reference number CHRAJ/593/2008500 and dated October 30, 2008, in response to a petition of June 30, 2008, by Mr. Boateng.

CHRAJ is declining jurisdiction on the strength of section 8 (2) (b) and section 13 (1) (b) of CHRAJ Act 456 of 1993 which state that “Where in the course of the investigation of any complaint it appears to the Commission that having regard to all the circumstances of the case, any further investigation is unnecessary it may refuse to investigate the matter further.”

CHRAJ, however, advised Boateng to engage legal services to contest the matter in the commercial court. But, Boateng has expressed shock at the position of CHRAJ.

“I note with shock, disappointment, disillusionment, and dismay, the stand you (CHRAJ) have adopted, based on the provisions of CHRAJ Act 456 section 8 (2) (b) and Section 13 (1) (b),” and has thus reacted that “I strongly believe that it is within the constitutional mandate of CHRAJ to investigate this petition.”

He indicated that he would pursue the matter to the letter, and that whoever was the problem or solution, would do himself a favour by submitting to honesty and truth.

Boateng believes the commission had a mandate, and indeed, the duty to investigate this clear infringement on his human and constitutional rights, because it was a clear case of an individual and a small private company, whose rights have been usurped by powerful persons and institutions of government.

“Though I am not a lawyer, my non-legal mind suggests to me that you (CHRAJ) sought a non-existent lacuna, based solely on the caption subject of the petition, in your fruitless attempt to sweep this grave issue under the carpet.

“I am very much convinced, and I doubt very much if your Commission has no role to play, by way of the conduct of further investigations into any one of the issues of administrative injustice that my company and I have suffered, as recounted in my said petition. This is particularly so, when it is not only the subject heading that must be taken into consideration, but also the fact that certain high ranking government officials, including the President of Ghana, have been personally mentioned for their roles, in view of Article 218 section (a) of the Fourth Republican Constitution of the Republic of Ghana, which states among others that: 'the functions of the Commission shall as defined and prescribed by an Act of Parliament shall include investigating complaints of violations of fundamental rights and freedoms, injustice, corruption, abuse of power and unfair treatment of any person by a public officer in the exercise of his official duties and to take appropriate action to call for the remedying, correction and reversal of instances specified in paragraphs (a), (b) and (c) of the clause through such means as are fair, proper and effective, including :– (i) negotiation and compromise between the parties concerned; (ii) causing the complaint and its finding on it to be reported to the superior of an offending person; (iii) bringing proceedings in a competent Court for a remedy to secure the termination of the offending action or conflict, or the abandonment or alteration of the offending procedures etc. and

(e) to investigate all instances of alleged or suspected corruption and the misappropriation of public moneys by officials and to take appropriate steps, including reports to the Attorney–General and the Minister for Justice, resulting from such investigations etc.'”

Boateng expressed disappointment at the Commission's attempt to disguise the truth, by only dwelling on the subject title, and not the substantive issues raised, saying “CHRAJ had disappointingly and grossly failed, or refused to be guided by these important tenets of the Fourth Republican Constitution, and hoped CHRAJ would rethink its decision, and be guided by the tenets of the constitution, and do my company and me right.”

According to Boateng, the President's refusal to address the issues mentioned in his petition, in spite of several attempts by him to get his ear, was a clear infringement on the constitutional provision, which is set out in his oath of office.

“The said administrative injustice, also include the diversion of the benefits of the outcome of submissions my company made, on behalf of third parties, including that of the Kumasi Ridge Hotel Ltd., a Ghanaian private company seeking to develop a 250-room 5 star luxury business and conference hotel, under our Agromotel GoldDust Hotels scheme, the Ghana2kplus/Ghana Official Handbook concept and the conversion of a private executive mansion into a 3-4 star hotel, made to the Fund for Compensation Cooperation and Development of the ECOWAS – ECOWAS Fund.”

By the commission's decision, Boateng believes that there are not sufficient constitutional and legislative safety nets, for the protection of Ghanaians who deal in good faith with politicians, government and public officials paid to work in the interest of the people, and placed in positions of trust, who choose to divert the gains of such dealings to their selfish and political interests.

“If indeed, what you have said is legally valid in the Ghanaian context, then there is the urgent need for this country to initiate, either through the 230-Member Parliament, or some other agency, to establish laws or conventions that provide such protection for people, who deal unsuspectingly with crafty and unscrupulous public officials in matters of this nature. The intellectual property law in Ghana is clearly insufficient to address this issue,” he noted. As a result, Boateng has declared his intention to file legal processes to get the matter properly investigated, and resolved, as his corporate and personal rights, per a letter dated November 25, 2008 to CHRAJ. Read details of the petition sent to CHRAJ, by the petitioner, in tomorrow's edition.