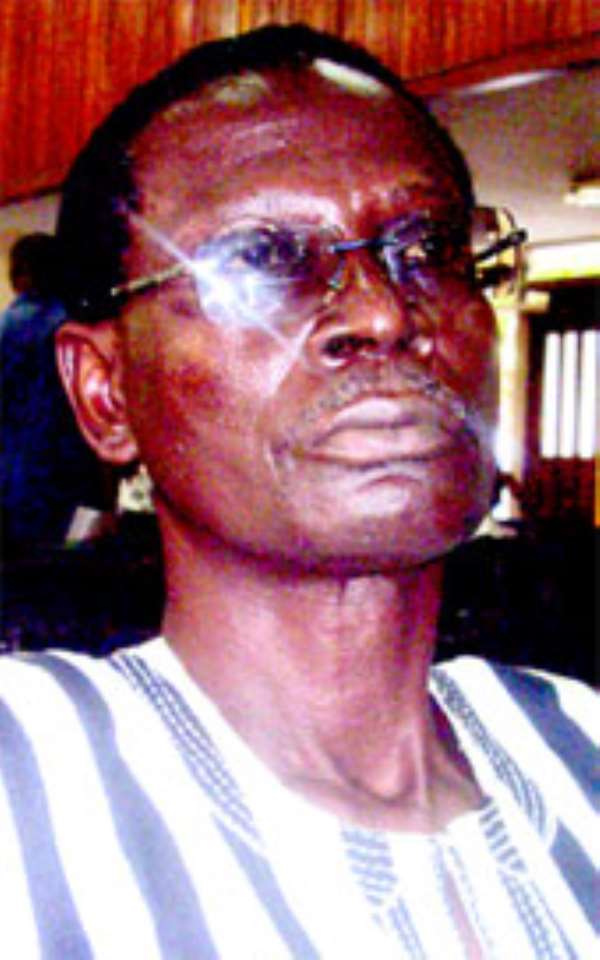 The National Democratic Congress (NDC) and Democratic Freedom Party (DFP) have swiftly reacted to a nationwide survey conducted by the Bureau of National Investigations (BNI), which predicted a first round win for the ruling New Patriotic Party (NPP).

According to the two political parties, the report was a gimmick being used by the investigative body to please the ruling party.

The Convention People's Party (CPP), however, opposed the assertions made by the NDC and DFP, contending that the BNI had sophisticated mechanisms to undertake authentic surveys.

Mr. Elvis Afriyie-Ankrah, Deputy General Secretary in charge of operations of the NDC, told The Chronicle that contrary to the recent assertions made by the BNI, the NDC had a report based on an authentic survey conducted by the same BNI, which placed the party ahead in the polls by a 56% margin.

“The report is faked. It is a joke. We have information that the NPP held a meeting with the BNI, and they decided that whatever findings or polls that the BNI had, they should turn upside down,” he alleged.

Mr. Afriyie-Ankrah further maintained that the NDC was ready to take over the reigns of government after this Sunday's election, indicating that various intelligence reports, within the corridors of British and American embassies, rated them ahead of all the political parties.

The Deputy General Secretary was of the view that NDC would win in six regions, including the three Northern Regions and the Volta and Greater Accra regions.

He also predicted a 50% win in the Central, Western and Brong-Ahafo regions, describing the 50% win prediction in these regions, as worst, since the party would garner more votes.

According to him, the lack of vigilance on the part of the NDC, during the last general elections in the Central Region, would be corrected, adding that no party member would be elusive on Sunday.

He took a swipe at the BNI, and stated that instead of it using its resources to investigate, and bring to book, the perpetrators of the murder of Isah Mobila, killers of Kushegu, the killers of the Overlord of Dagbon, Ya-Na, and forty of his subjects, and others, they had resorted to using the logistics to please the NPP.

“We know it is a political propaganda to please the NPP,” he stressed, and maintained that the NPP would be shocked at the polls on Sunday.

Dr. Obed Yao Asamoah, Life Patron of the DFP, said it was obvious that the BNI report was meant to please the ruling government. “When we were there, there was no research by the BNI that would be on the contrary. It always pleases the government of the day.”

Dr. Asamoah also, in a telephone interview, said the DFP was not the least worried about the survey that suggested that it was among the non-starters. “We shall see who is correct at the polls on Sunday.”

Pressed further on the matter, the longest-serving former Foreign Minister and Attorney-General, said though he did not believe in the report, the BNI might be right on some of their findings, and may equally be wrong on other areas. “Their reports may be right and wrong at the same time, but ultimately, they tend to please the government,” he underscored.

Mr. Ivor Kobina Greenstreet, General Secretary of the CPP, contradicted the positions of the NDC and that of the DFP.

He said even though he had not got a copy of the report, he believed the BNI report would be authentic.

Mr. Greenslade, in a telephone chat with this paper yesterday, said the claim by the BNI, that the CPP was a non-starter, was not contestable, because until the CPP had a large number of legislators, the party could not call itself a major party.

He was however of the view that the CPP would cause an upset in Sunday's elections.

Frantic efforts to get other political parties, proved futile at the time of going to press.

It would be recalled that in this paper's edition yesterday, we reported that a nationwide research, conducted by the Bureau of National Investigations (BNI), had predicted a first round victory for the ruling New Patriotic Party (NPP), under the leadership of Nana Addo Dankwa Akufo-Addo.

“A country wide assessment across the two hundred and thirty (230) constituencies point to a possible first round win for the New Patriotic Party's (NPP) presidential candidate in the December 2008 elections.” the BNI report, which Chronicle has laid hands on said

It also predicted that the parliamentary seats of the NPP would drop, even though the party would win the majority seats in parliament.

According to the BNI, which conducted a similar survey last year, and predicted a win for Nana Akufo-Addo during their heated presidential primary, the NPP would obviously maintain its 2004 lead in both the presidential and parliamentary roles, but the total in terms of the parliamentary seats to be won, are likely to drop slightly.

In a comprehensive 160-page report, the BNI noted that the key factor underlying the development was the unprecedented number of disgruntled NPP candidates, and activists who are contesting as independent candidates, as a result of the fallout of disputes in the parliamentary primaries, and other intra party wrangling. According to the report, Dr. Paa Kwesi Nduom, presidential candidate of the Convention People's Party (CPP), would cut a slice of the votes, which otherwise could have gone to both the NPP and the National Democratic Congress (NDC). “It must be noted that the NPP will do well, particularly in the presidential in the Northern Ghana. In the Northern Region, the NPP's presidential candidate will obtain not less than 40%.