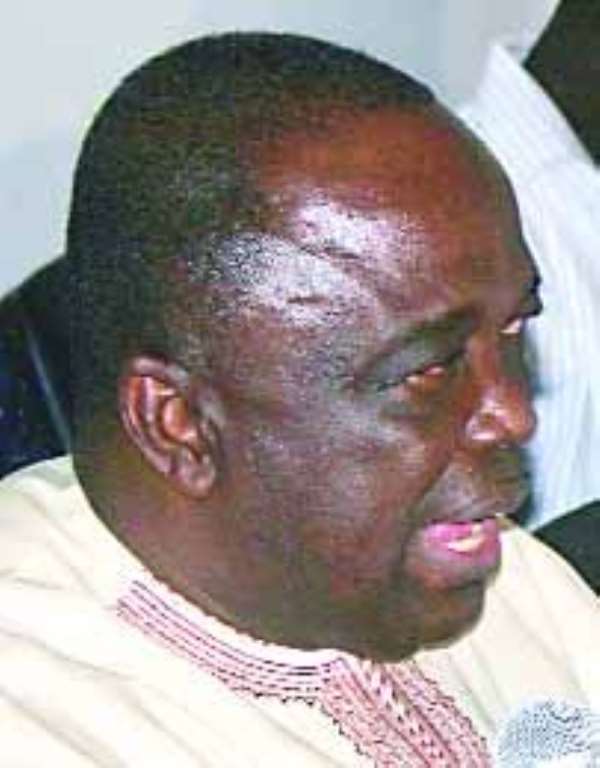 Only the impression of the thumb is prescribed for marking the ballot papers for preferred candidates as 12.4 million registered Ghanaian voters queue across the country on Sunday to elect a new President and members of a new Parliament.

The Electoral Commission (EC) made that categorical statement yesterday and pointed out that it would not accept any finger impression apart from that of the thumb on the ballot paper on voting day, a position which departs from  the EC's earlier stand that any mark on the paper was acceptable.

Addressing the media in Accra, a Deputy Chairman of the commission, Mr Safo Kantanka, explained that the earlier position had changed because the various parties contesting the elections thought otherwise.

He, however, said those who, for some reasons, had no thumbs would be allowed to use any finger upon agreement with the various polling agents and the Presiding Officers.

“At the last Inter-Party Advisory Committee (IPAC) meeting, it was agreed that only the thumb should be accepted in accordance with the electoral laws of the country,” he explained at the news conference called to throw more light on preparations towards Sunday's elections.

Mr Kantanka said the commission would have gone ahead with the earlier position but the parties were of a contrary view and noted that “we agreed to avoid any problems in that regard”.

He warned that the EC would not entertain any acts that would result in serious problems at any polling station.

“Those who attempt to frustrate the electoral officers will be handed over to the security agencies for action because we do not want any confusion that might cause problems during polling,” he added.

Mr Kantanka said any person with any problem should report to the Presiding Officer for the necessary action to be followed to ensure a peaceful process.

He reiterated that no one should be prevented from voting once the person had his/her name in the register.

Mr Kantanka said IPAC had also agreed to ensure that minors did not get close to the polling stations to cast their ballot, adding that “we take the parties for their word”.

He said that was necessary to avoid confrontation at the polling stations and to ensure a smooth polling process.

On transfer of votes, Mr Kantanka said the process was over and officials from the various districts were at the commission's headquarters to do the final compilation.

He asked those who went through the process to check from their new areas before voting day.

The Deputy EC Commissioner said it was not automatic for a person  to have his/her transfer request or application approved.

According to him, all was set for the elections on polling day and noted that barring any hitches, Ghana would once again go through peaceful and successful  elections.

Mr Kantanka said the commission had dispatched all the electoral materials to the regions, while others had been airlifted to areas not easily accessible by road.

Radio Gold, XYZ, others yet to receive re-authorization lett...
12 minutes ago