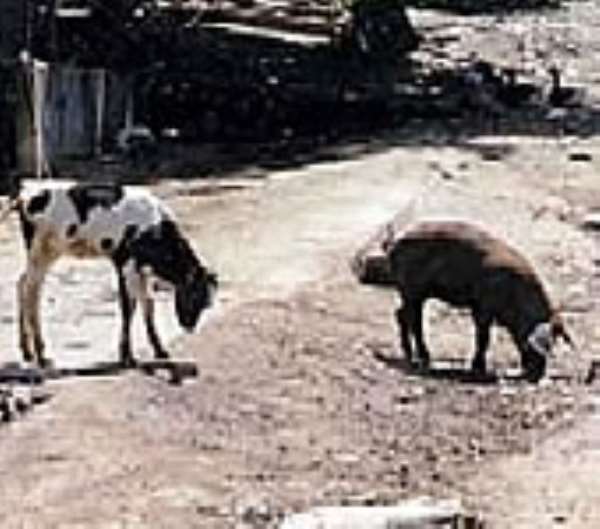 The Nyinahin Magistrate Court presided over by Mr. Augustine Essah has fined two farmers GH¢200 each for obstructing the Atwima Mponua District Assembly environmental officers from performing their official duties.

The two farmers pleaded guilty and would serve three months imprisonment each if they fail to pay the fine.

Mr. Forson said he organised an exercise to arrest stray animals at Pakyi on November 10 but when the environmental officers started arresting stray animals the convicts threatened to beat the officers which compelled them to stop the exercise.

The two accused persons were later issued with criminal summons to appear before court.

The presiding magistrate said he would deal drastically with anyone who appears before the court with a similar offence.

In another development, the Nyinahin Magistrate Court presided over by Mr. Augustine Essah has ordered three food sellers at Betinko in the Atwima Mponua District to obtain medical certificates before selling food to the public.

Comfort Kyeremaa 22, Abena Pokua 19, and Monica pleaded guilty and were each fined GH¢50.

They would serve three months imprisonment each if they fail to pay the fine.

He said the officers demanded the medical certificates but none was able to produce the certificates and they were arrested and issued with criminal summons.

A bench warrant was issued for the arrest of Grace Atowa 24, who failed to appear before the court.