KUTU, Others To Get Assets Back 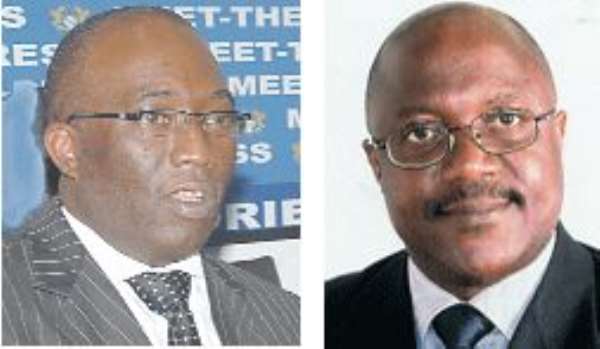 The assets of some prominent Ghanaians which were confiscated by various military regimes are to be returned to their owners before the end of this year.

Highly placed sources told the Daily Graphic yesterday that the Office of the President was finalising the list of assets to be handed over to the affected families, including those of a former Head of State, the late General I. K. Acheampong.

The other prominent personalities are J.K. Siaw, Kowus Motors, among others.

More than 100 of those assets are expected to be released as a result of recommendations from the Confiscated Assets Committee of the National Reconciliation Commission (NRC).

As a result of those recommendations, 1,551 individuals have already received GH¢952,297.52, being compensation for atrocities and human rights abuses they suffered under military regimes.

More people are expected to benefit from the compensation package which began two years ago.

According to the sources, the return of the assets would be on a “where is as is basis”, meaning “you will take it in whichever condition you find it”.

However, the sources indicated that compensation might be paid to those whose properties had been sold and totally transformed.

They further disclosed that the full list of beneficiaries would be published in the dailies next week, pointing out that the Attorney-General would implement the deconfiscation process of beneficiaries.

Under the deconfiscation process, beneficiaries will be asked to provide some basic information, such as proof of identity, letters of administration or will, in the instance where the original owners are dead.

In December 2001, the Parliament of Ghana passed the National Reconciliation Commission Act, 2002, (Act 611) which came into force on January 11, 2002 when it was gazetted.

The goal of the commission, as expressed in the Long Title to Act 611, was to seek and promote national reconciliation among the people of this country by recommending appropriate redress for persons who had suffered any injury, hurt, damage, grievance or who had in any other manner been adversely affected by violations and abuses of their human rights arising from activities or inactivities of public institutions and persons holding public office.

The others were Dr (Mrs.) Sylvia Awo Mansah Boye, a former Registrar of the West African Examinations Council; Mr Christian Appiah Agyei, a former Secretary-General of the Trades Union Congress (Ghana); Uborr Dalafu Labal II, the Paramount Chief of the Sanguli Traditional Area, Northern Region, and Professor Henrietta Joy Abena Nyarko Mensa-Bonsu, Associate Professor, Faculty of Law, University of Ghana, with Dr Kenneth Agyemang Attafuah, the then Director of Public Education and Anti-Corruption at the Commission on Human Rights and Administrative Justice, as the Executive Secretary.