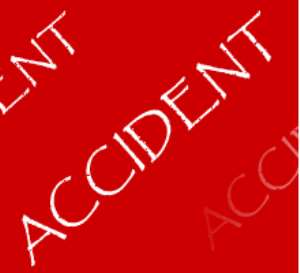 
An instance of armed robbery at Nyamebekyere on the Mankranso-Tepa Junction road in the Ashanti Region turned horrific when a number of passengers who had been made to lie on the road at gunpoint were run over by a vehicle, killing two instantly, including the queen of Amaasu in the Brong Ahafo Region.

An eyewitness told the Daily Graphic that at least eight others were critically injured and sent to the Komfo Anokye Teaching Hospital (KATH) in Kumasi.

The queen was identified only as Nana Basua, I but the other deceased person was yet to be identified as of press time.

The Ashanti Regional Police Public Relations Officer, Inspector Yusif Mohammed Tanko, confirmed the incident but said the police were yet to receive the full details.

As of press time the Ashanti Regional Police Command had sent officers to the area to get first hand information on the robbery and report to the Regional Commander for further action.

Reports said the robbers, numbering about six, had barricaded the road and asked the passengers to lie on the road, while they searched them for cash and other items.

While the robbers were searching them, a speeding vehicle emerged from the Tepa Junction end of the road and when the driver realised that those stopping him were armed men, he refused to stop and sped over the passengers lying on the road.

The robbers escaped after the incident and none of them has as yet been arrested.
The remains of the dead have been deposited at the morgue at KATH.