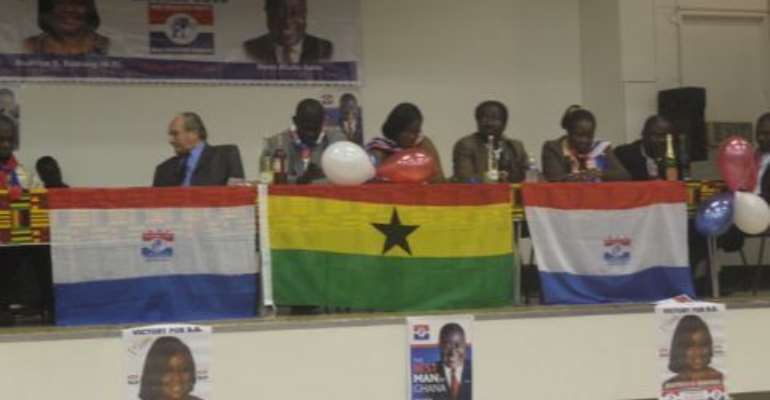 ''What God has ordained, cannot be avoided''. This popular saying was evinced particularly on the weekend of 27th September through to 3rd Oct, 2008, when the Ghanaian community of Birmingham, Britain's second city gave thumbs –up to the developmental efforts of the New Patriotic Party.

The city had a taste of the election frenzy which has gripped all of Ghana this election year. Nana Akuffo Addo, the Presidential Candidate of the Party caused a sensation at the Conservative Party Annual Convention in Birmingham, when he mounted the platform as a Guest Speaker.
Nana in his ebullient self gave an Obama-like speech which thrilled the audience by showing them that indeed Ghana - '' the Star of Africa'' is shining and would be leading the way for years to come.

A cross-section of Ghanaians who had wind of Nana's arrival thronged and adorned the streets leading to the convention grounds with Ghanaian and N.P.P flags, amidst the singing of '' Go.. Go.. Go.. High'' the N.P.P campaign song.

Onlookers were bemused and were wondering what had become of their city. Amidst the confusion, and cascading of noise Nana made his way to interact with the Party faithful. He promised he was going to lead Ghana to the Promised Land and thanked the people for being good ambassadors of their motherland. The faithful in turn thanked the N.P.P government for the peace the country was enjoying and promised to come home to vote for the party.

Nana came to Birmingham in the company of N.P.P bigwigs like Messrs Dan Botwe, Mustapha Hamid, Rita Asobayire, Nich Adi-Dako, among others.

N.P.P BIRMINGHAM CHAPTER INAUGURATION
On the 27th of September, the New Patriotic Party spread its wings and began a political tsunami whose outcome may take years to decipher. The seeds of the Danquah-Busia tradition were sowed at a Fund Raising Dinner Dance in honour of Madam B.B. Boateng (Aspiring N.P.P Parliamentarian -New Juaben South/Koforidua). The NPP UK Birmingham Chapter was also inaugurated at the function.

Councillor Peter Hollingsworth JP (Conservative Councillor for Birmingham-Harborne Ward) was the Chairman of the Fund Raiser Dinner Dance for Madam Beatrice Bernice Boateng.
Mr. Atta Krufi Hayford on his part as the Chairman of the Birmingham Chapter inauguration enumerated the numerous projects of the N.P.P, the challenges the Government had encountered and how successful it had been. However, he charged that more could be done and encouraged Ghanaians to vote for the N.P.P this year to finish its good works.

Mr. Anipa added his bit by predicting the N.P.P were on course to take ''the World Bank'' of the Volta Region from the grips of the opposition NDC Party. He also proposed to Councillor Hollingsworth to champion close collaborations between Birmingham City Council and New Juaben/Koforidua.

Mr. Hollingsworth, Conservative Councillor for Birmingham (Harborne Ward), was grateful he had been chosen to chair the event. He bemoaned the deterioration of cooperation between the various states in the Commonwealth. Particular blame was reserved for the U.K, whom, he felt was becoming more euro-centric. He went on further to propose a Commonwealth Society in Birmingham to help foster good relations amongst citizens of Commonwealth nations.

Madam Beatrice Bernice Boateng, the Special Guest of Honour for the occasion, was particularly moving with her life-story. She was superbly reassuring with her account of a long and winding journey through life to single-handedly raise three (3) successful children as a widow. She thanked God and was grateful to her supporters and well-wishers for attending her Fund-raising Dinner Dance.

She encouraged women to take leadership positions both within the church and in matters regarding governance.

She ended by thanking the people of Koforidua and organisers of the day's event and urged them to campaign hard to ensure success at the December polls for the New Patriotic Party (N.P.P). A website was launched by the 'Friends of BB Worldwide' for Madam Beatrice Bernice Boateng (www.beatriceboateng.com) to help promote her parliamentary campaign and her good work locally, nationally, and internationally.

If the showiness that greeted the occasion, and the massive support garnered for the NPP at the event is a harbinger for what is to come; then optimism for a resounding electoral success at the December polls for Nana Akuffo Addo, Madam B.B. Boateng and the N.P.P is incontrovertible and a done deal! This fulfils the truism to the saying '' coming events cast their shadow''. 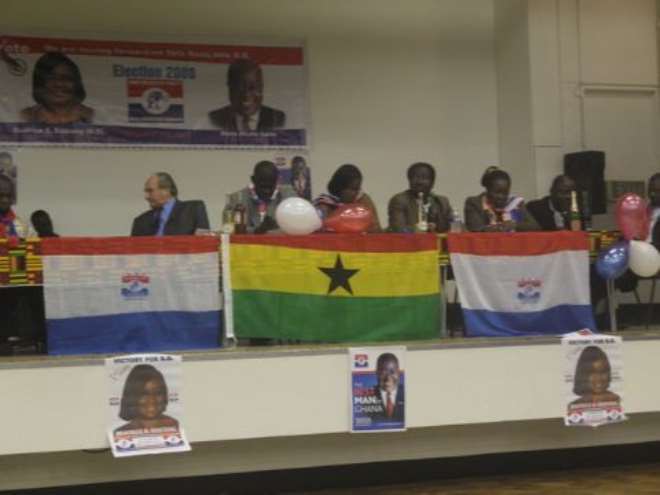 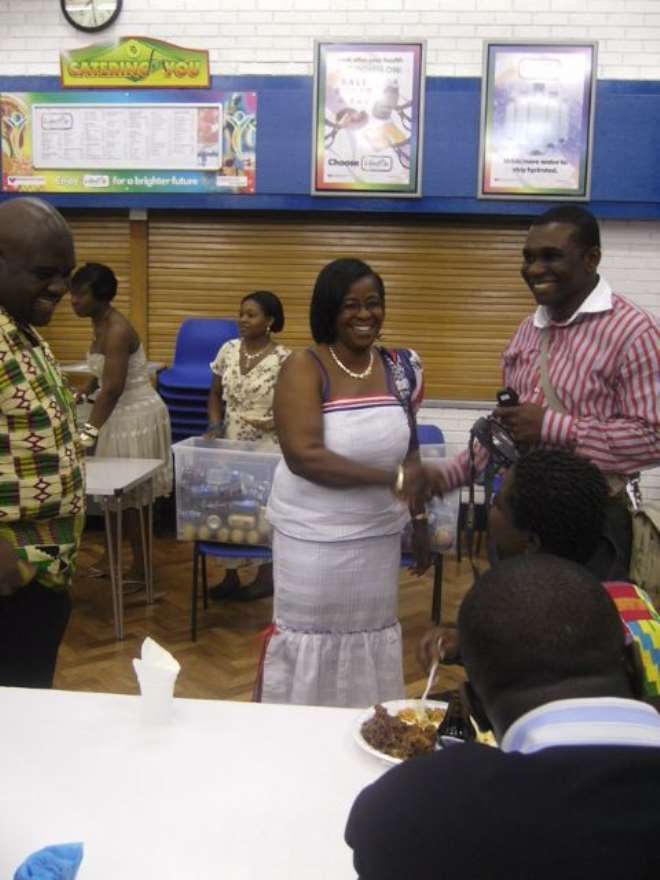 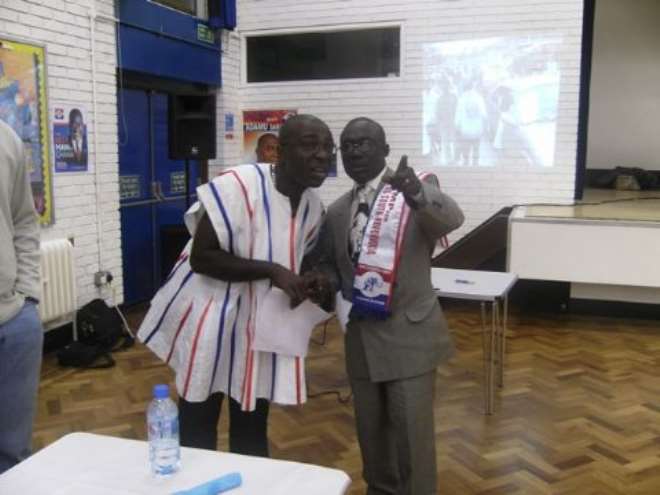