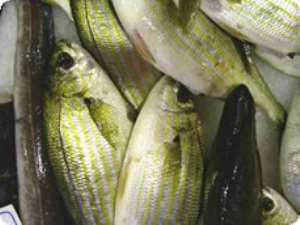 
There are no fish farmers in the Upper West Region, because the Ministry of Fisheries' Ponds Construction Support Loans given out to farmers to promote fish farming can not be accessed.

Mr Francis Akorlor, Upper West Regional Director of Fisheries said an amount of 6,000 Ghana Cedis that was lodged in Sonzele Rural Bank at Jirapa to be disbursed to six fish farmers as loans was paid back to the Ministry's coffers.

Officials of the bank said they could not administer the loan effectively and efficiently, due to the lack of a means of transport to track the loan and ensure its proper utilization and payment, Mr. Akorlor told the Ghana News Agency in an interview in Wa.

He said when it came to the notice of the regional directorate, a letter was written to the Ministry suggesting that the money be re-channeled to Sissala Rural Bank at Tumu for disbursement to the farmers.

He said the suggestion was taken but there again; officials of the bank also declined and mentioned similar logistic challenges.

Mr Akorlor said it has been the interest of the Ministry to promote fish culture in the country, so it selected individual farmers who had interest in fish farming and trained them in Kumasi.

Mr Akorlor said 15 farmers from the region benefited from the training and were asked to select suitable sites for the construction of fish ponds.

He said the regional directorate was directed to conduct survey on the suitability of the sites, which was done, and a report submitted to Accra where 10 farmers out of the 15 farmers were selected.

Mr Akorlor said six out of the 10 selected farmers were to be sponsored with a 1,000 Ghana Cedis credit each, to start the construction of fish ponds in the communities, but the money could not be accessed.

He said it was the intention of the Ministry to provide fingerlings to stock the ponds, feed the fish for six months, after which they would harvest the fish and sell out to defray the loan.

"As I sit here, there whereabouts of the money is not known to me", Mr. Akorlor said.

"These are some of the challenges we face here.

"It is not easy for farmers to go to the banks and have access to loans. But here we are, the loan was cooked for them but poor operational structures of the banks had denied the farmers the opportunity," Mr Akorlor lamented.