The significance of Eid-ul-fitr 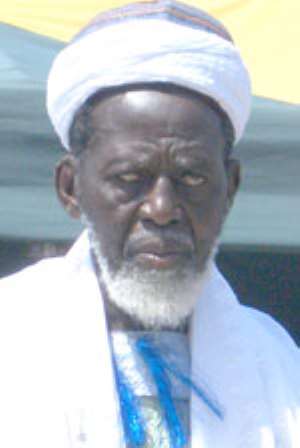 "EID" means recurring happiness or festivity. The Eid prayer is very important for all Muslims. It has the merits of the five daily prayers as ordained by God for Muslims. It also has the effects of the weekly Friday convention known as 'Jumu'ah' and the characteristics of the annual re¬unions between Muslims.

Eid-ul-fitr (the festival of fast breaking) falls on the first day of Shawwal, the tenth month of the Islamic year, following the month of Ramadan in which the Holy Quran was revealed and the month for fasting.

The Islamic Eids are unique in every way. To them there can be no similar in any other religion or any other socio-political system. Beside the highly spiritual and moral characteristics of Eid-ul-Fitr, it has matchless· qualities as follows:

Eid-ul-Fitr is a wholesome celebration of a remarkable achievement of the individual Muslim in the service of God. It comes after an entire month of "Absolute" fasting during the days of Ramadan.

It is a Thanksgiving Day where the Muslim assembles in a brotherly and joyful atmosphere to offer their gratitude to God for helping them to fulfill their spiritual obligation prior to Eid. This form of thanksgiving is not confined to spiritual devotion and verbal expressions. It goes far beyond that to manifest itself in a handsome shape of social and humanitarian spirit.

The Muslim who has completed the fasting of Ramadan expresses their thanks to God by means of giving alms to the poor and needy on Eid-ul-Fitr. The giving of alms and oblations constitute a major part of the Eids highlights. This Islamic form of thanksgiving is a wholesome combination which cannot be found except in Islam.

Eid-ul-Fitr is a day of remembrance. Even in their most joyful times the Muslim makes a fresh start of the Day by a plural session of worship to God. They pray to Him and glorify his name to demonstrate their remembrance of His favours. Along with that course, they remember the deceased by prayer for their souls, the needy by extending a hand of help the grieved by showing them sympathy and consolation, the sick by cheerful, visits and utterances of good wishes the absentees by cordial greetings and sincere wishes. Thus the meaning of remembrance of the Day transcends all limits and expands over far reaching dimensions of human life.

Eid-ul-Fitr is a day of victory the individual who succeeds in securing his spiritual rights and growth receives the Eid with a victorious spirit. The individual who faithfully observes the duties, which are associated with Eid, is a triumphant one.

He proves that he holds a strong command over his desires, exercises and a sound self-control and enjoys the taste of disciplinary life. And once a person acquires these qualities he has achieved his greatest victory, because the person who mows how to 'control himself and discipline his desires is free form sin and wrong, from fear and cowardice, from, vice and indecency, from jealousy and greed, from humiliation and all other causes of enslavement.

So when he received the 'Eid', which marks the achievement of this freedom he is in fact, celebrating his victory and the Eid thus becomes a Day of victory.

Eid-ul-Fitr is a harvest day. All good workers in the service of God, all the faithful believers reap the fruit of their good deeds on the Day, as God grants His mercy and blessings abundantly.

The Islamic Society, on the other hand, collects the due subscriptions to religious brotherhood and social responsibility, in which subscriptions are paid in the form of mutual love, sympathy and concern.

Every member of the Islamic Society will be reaping some fruits or collecting some revenue, in one way or another. God gives infinitely, especially to those who are sincerely concerned with the general welfare of their fellow believers.

Eid is a Day of forgiveness when the Muslim assembles in the congregation of the Day they all whole-heartedly pray for forgiveness and strength of faith. And God has assured those who approach Him with sincerity of His mercy and forgiveness.

In that pure assembly and highly spiritual congregation any true Muslim would feel ashamed of himself before God to hold any enmity or ill feelings towards his brethren.